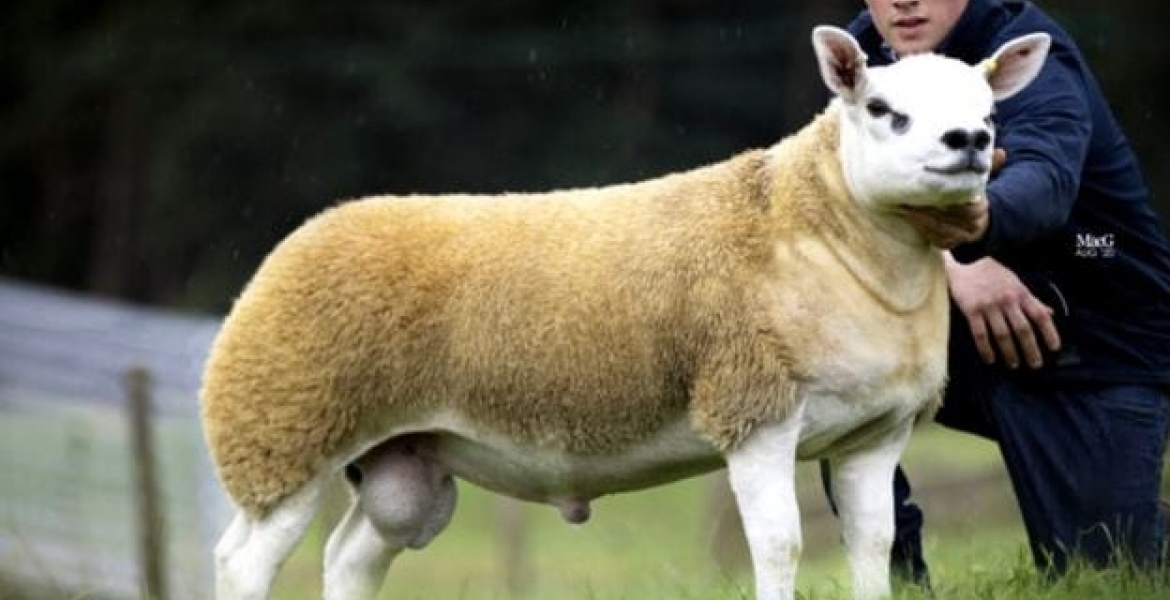 The world’s most expensive sheep has been sold for a staggering $490,000 at an auction in Scotland.

“The Texel is a breed that is justly famous: a highly adaptable breed that makes its home anywhere, a breed that delivers and successfully blends with other breeds to produce the ideal butchers' lamb for today’s markets. Texels are the producer’s favorite choice,” a statement from the Texel Sheep Society reads.

The six-month-old ram is part of a breed that was originally from the Texel Island in the Netherlands.

"I knew he was going to be a lot of money but I wasn't expecting him to make that much. He's just an outstanding animal. He's a massive lamb with great confirmation and character, some of which is what breeding is all about,” said Jeff Aiken, one of the three buyers.

"But with the pedigree, you start looking at the smaller details of the lamb - you look at his head, the hair color, the color around his eyes, legs, he was just perfect in every way."

The previous record was $308,000 (Sh31 million) paid for a Texel Deveronvale Perfection in 2009, according to the Texel Sheep Society.

The society said the breed is well-known in Europe, Australia, Africa, and South America as a provider of a high-quality carcass that has a high killing out percentage. It is also known to transmit its qualities to its progeny when used for crossing purposes.

Wow...not bad,but will this drive the ram chop prices up?

U must be out of ur mind. It's just meat, people will eat, take a shit n we will all go back to Trump fucking America n Kenyans in power stealing more than that sheep cost.

What is his lifespan? You should ensure he mates with as females as possible as a way to grow the investment.

Am sure this guy is regretting selling it while could have fetched more money.

Am sure this guy is regretting selling it while could have fetched more money.

This is what idleness does. But if they are happy, let them be afterall I would assume the animal and owner are happy.

Why does PETA not come for those bastards who eat lamb.Are they toothless they cannot wait for the poor animal to mature.Plain sick no wander some animals are becoming extinct.Consumption of young animals amounts to exploitation human greed that knows no bounds

Is it me or does this look like a cross-breed between a goat-dog? Not pretty.....not appetizing either