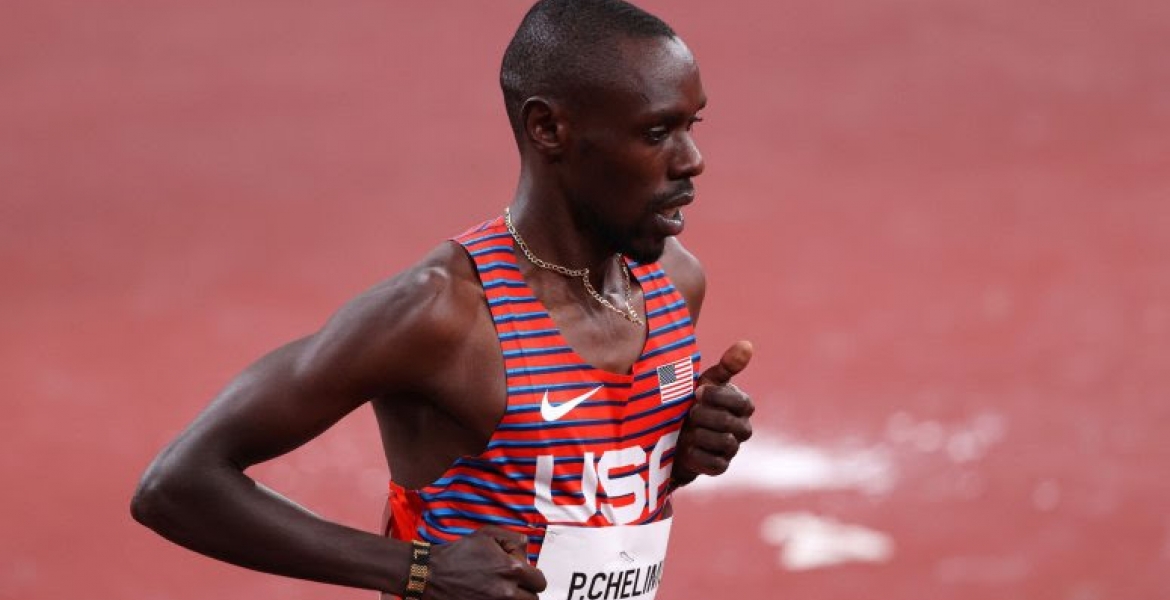 Kenyan-born athlete Paul Chelimo has won a medal for the United States at the Tokyo Olympics.

Chelimo bagged the Bronze medal after finishing third in the men's 5,000m final behind Joshua Cheptegei of Uganda and  Mohammed Ahmed of Canada. Kenya's sole representative in the race Nicholas Kimeli  crossed the finish line in fourth.

Chelimo, who hails from Iten in Elgeyo-Marakwet County, moved to the US to attend Shorter College, transferring to UNC-Greensboro.

He attained US citizenship in 2014 by joining the US Army World Class Athlete Program. The 30-year-old Oregon resident has won three US national outdoor and four US national indoor titles.

Chelimo was among the five Kenyan-born athletes picked to represent the US at the Tokyo Olympics. Others are Hillary Bor, Bernard Keter, Sally Kipyegon, and Aliphine Tuliamuk.

congrats brotha! wats up with this kenya relation all the time? if someone used to be a thief and now is a pastor, will we be referring him as former thief all the time? same thing, once someone converted to be an american, let's stop with this kenyan kenyan association. i'm sick of it!
yes he won but for america not for kenya

What a let down, have some pride n run for ur Country. I may call the USA my home but Kenya is in my heart n blood.

@shaka I hate and detest hypocrites like you. Basi hama urudi Kenya, stop hating on others.

Let the guy be. It took him a long journey to end up running for the US. He is putting his mouth on the bigger side of the plate!

Surely you @shaka have done that many times! Don’t lecture him of things you have done yourself! That is being petty and hypocritical!

Watched how our Kalenjis were running for Uganda and USA. Not a good thing.

Kalenjin nation ran 4 Israel USA Uganda and 3 other nations. Some of them get paid biggy. Barshim the high jumper from Sudan got paid millions by Qatar. Always wins gold

Mkenya12346 its Africans like u that should move n set up camp somewhere else as u offer no contributions to the land ur forefathers walked on. Have some pride n let us take u back n dip ur ass in a river, sharpen the knife n turn u into a man. Never turn away from home, never.