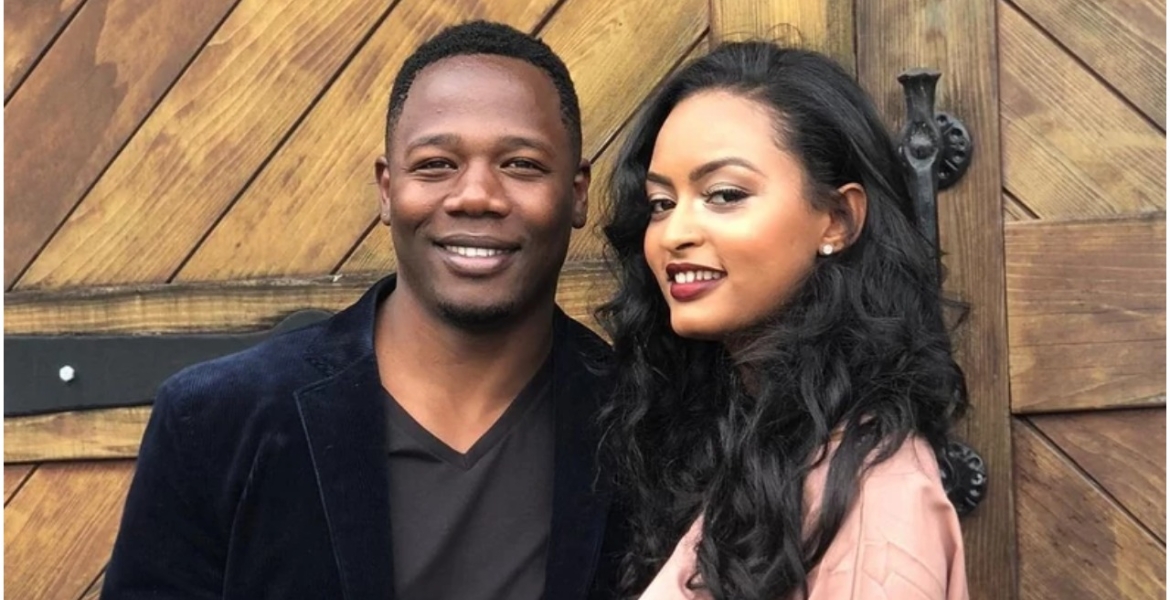 A US-based Kenyan-born businessman and his wife will receive $150,000 (Sh17.3 million) after they were racially profiled by police in Tiburon city, California.

Yema Khalif, who was born in Kibera slums in Nairobi, and his spouse Hawi Awash said they were racially profiled when a police officer asked them to prove they own their clothing boutique in August, 2020.

The couple was working late at the store when a Tiburon police officer entered the building and demanded that they identify themselves. This led to a verbal altercation, with Khalif and Awash insisting that they did not have to prove that they have the right to be in their own downtown boutique called Yema.

“The officer should have knocked, introduced himself, and explained he was patrolling Main Street,” Awash said as quoted by KTVU.

“But instead it was more like, ‘Who are you? And prove yourself.'”

The conflict between the officer and the couple was resolved after the owner of the neighboring business confirmed the two owned the store.

The Tiburon police department later faced backlash after a video of the incident went viral, prompting a police sergeant to resign.

The city of Tiburon last week reached a $150,000 settlement with Yema and Awash and also agreed to take strides toward making Marin County more inclusive. Tiburon plans to form a community advisory board where members will help vet candidates for the Tiburon police department. Khalif and Awash will serve on the board.

The couple plans to donate part of their settlement to a charity that helps educate orphans in Kenya and Ethiopia, where Awash hails from.

For Sure: ALLEGED Emotional Distress, Potential Loss of Revenue, and Punitive damages PAY. It sounds Good that the $150k would be a Boost for the Business, a little Boost for the Lawyers, and a Big boost for Bad relations with the Police.

The video was very disturbing to watch. He should have been awarded millions.

Comrade MakOnyango,
Sometimes it's not all about the money, but sending out the massage.
I BELIEVE the $150K is peanuts, but the message is stronger.

The video was very disturbing to watch. He should have been awarded millions.

MjuAji has being a victim of racism not way back, even right now as I write this. And racism for black people is in two parts:indigenous Africans from Africa and negrous of America. Indigenous Africans tragically are discriminated upon in two ways: language barrier and color of their skins. As a decorated award-winning corporate employee, one of my worst challenges is when am instructed to train and prepare newly-hired employees on their new tasks. And my first dilemma is when am unable to pronounce certain work-related technical words in the American version, forcing the president or CEO, present in the seminar, to come to my aid as to what I meant, or what I meant to say. In my many interactions in white people, mostly recknecks,I found discovered that white folks are able to conceal their racist intent for fear of legal reprisal, unlike niggers who exhibit their dislike on Africans from Africa. Many a times I have been called names like moron, retard, idiot or look-a-like monkey by niggers, while in college and now working. Frequent vacations in states like PA, Arizona, Alaska, North and Southern Dakota, Texas, Maine, etc., has always out me in what they perceive me to be: monkey. The moment I open my mouth, there is no businness as usual again. Perceptions imerge. Racism is real and will remain to be real now and forever. As I prepare to call it quits and head back to experience another version of racism known as TRIBALISM, I find that humanity have nowhere to hide when it come to discrepancy among the humankind. In essence, you have to face many challenges, ups and downs, pro and cons, hatred, discrimination, racism, ili kuweza kuvistahimili vishindo na majaribio ya ulimwengu huu ili uwe kiumbe kilicho imara cha kutamaniwa vilivyo.

Comrade MjuAji,
I understand your pain. But, make it very clear from the get go.
I was a corporate engineer for years, but my words were, '
I HAVE X NUMBER OF KIDS AND I LOVE THEM TO DEATH, BUT I DON'T ASK THEM ANYTHING TWICE, SO THINK ABOUT THAT".
This is called AMERICA COMRADE, DON'T GET INTIMIDATED.

It's funny all of them States you outlined are actually Stop & ID States.
Which still requires police to have reasonable articulate suspicion you committed, you are committing or are about to commit a crime for them to identify you

Overt v covert racism. They sure can hide it but feminism is what they can't run away from. White men wamekaliwa chap0 na wives. Some wives outright date other men and husband stay quiet. They control the money too. Feminism is fueling gay epidemics

@Mjuaji. I can identify with your sentiments on discrimination from people who look like us. For me, discrimination from Kenyans has always been my most painful experience. I came to the States as a young person and unless i tell someone I am African, it is hard to know even for Kenyans. It is annoying when Kenyans gossip about me in Kiswahili and I am right there listening to what they are saying.

Well can I ask, do you behave in a manner which makes you foreign to them hence the first reaction - and I'm asking kwa Roho safi sana. I also know some Africans who have been in the states for years but maintained their authenticity and are very successful still

Out of principle, there are certain states I will not spend my dime on, I don't care if Jesus stepped on those states. The world is much bigger than States to be discriminated against while on Holiday by illiterate rednecks. About you meant to say this and a boss comes to your rescue - that was my story in those non diverse job situations, thank God not anymore

Let me break the money down for you .

55 k Taxes
25 k Lawyer
10k wages and time lost.
So you end up with 60k which is peanuts . And now your business will be blacklisted

Yeah they could have gone for a bigger purse

I like this Article...A lot.
The couple followed up the interactions with Legal actions against police.
Most Kenyans in the U.S don't pay much attention to Knowing Their Rights and the United States Constitution.
Illinois vs Wardlow (2000)...the supreme courts of United States established that although police have the Right to approach you and ask questions, you have no legal obligation to respond to them, no legal obligation to answer their questions, no legal obligation to talk to them...and you are within your Rights to Ignore them and simply go about your business.
And the refusal alone without more don't give police legitimate basis for an investigative stop.
Know the Do's and Don'ts of American police interactions and encounters.
Don't get stuck on stupid like Black Americans...who are killed every day by police because what they think is Right is actually not the Law.

I cannot speak for anyone but my experience over the last 18 years.. and yes I've never made a point to loose my accent either for anyone...and to this day I still say WaKenya, sisi weusi we have 3 strikes from day 1 America. Rangi yeti, Accent and Gender female and male alike and it's from kila mahali wazungu ni wazungu this is not a blanket statement but only represents my personal experience.

Hulu majuu si kwetu, but with a little luck hapa na pale many of us are alright.

Are you from Kirinyaga? You must learn code switching or take accent reduction classes otherwise you'll continue complaining.