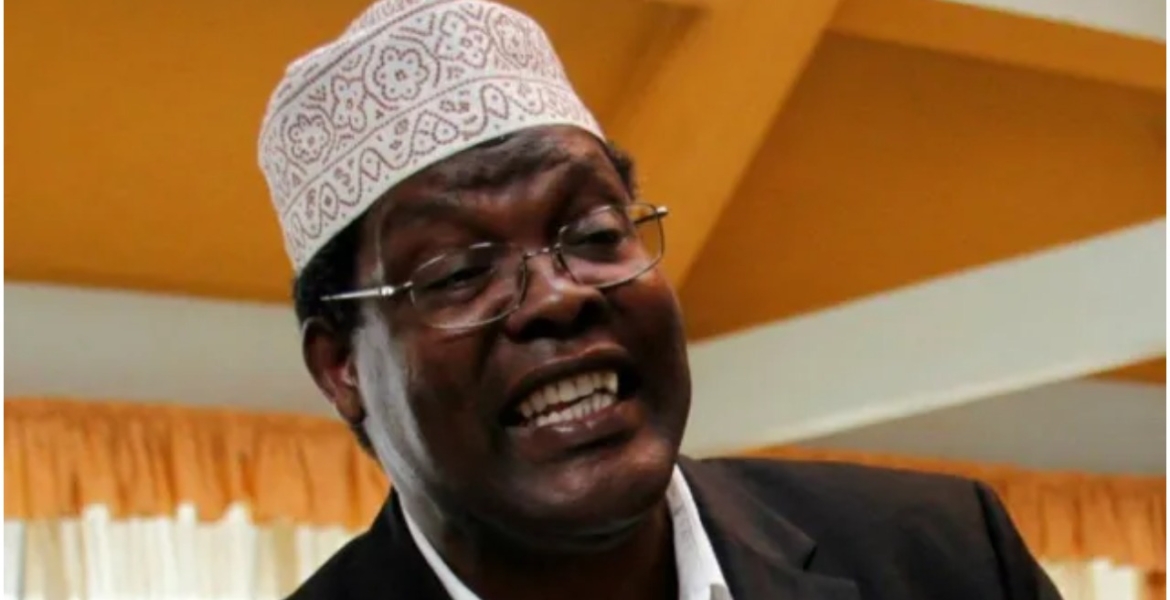 Miguna is seeking damages exceeding USD$15 million, according to suit papers filed at the Superior Court of Justice in Ontario, Canada, on Thursday.

Miguna, who was deported from Kenya four years ago, claims that the respondents were party to what he termed as malicious prosecution, unlawful detention, torture, assault and battery, racial profiling amongst other charges.

The suit further argues that despite Sitel Group and Refinitiv being large and sophisticated global conglomerates that had the resources, capacity, and opportunity to conduct due diligence about the information provided to them, “they intentionally or recklessly disregarded the truth and chose to widely circulate falsehoods about Miguna.”

He further claims that the defendants worked in concert with agents of the Kenyan government and other entities to maliciously prosecute, profile, target, stigmatize, scandalize, defame and discriminate against him in what he described as a planned, deliberate, systematic and sophisticated manner using data and information “they either knew or ought to have known were false.”

Miguna also accuses the defendants of selling and using his personal and private information, identity details, addresses, financial records and social media profiles without his consent and knowledge.

“The defendants are international, global and a sophisticated individuals and corporations with adequate human and technical resources and therefore they ought to have known that the actions, words, statements and activities they engaged in as described herein were unlawful, illegal, unconstitutional and injurious to the plaintiff but continued with their actions with reckless disregard to the truth and the plaintiff’s rights,” read the suit in part.

Miguna prayed that the case is tried in Toronto.

Miguna was deported to Canada in February 2018 following his arrest for taking part in the mock swearing-in of ODM leader Raila Odinga as ‘people’s president’. The Immigration Department later indicated that Miguna was illegally in the country, saying that he had renounced his Kenyan citizenship while acquiring a Canadian passport.

Mwizi wewe Miguna Miguna. Work hard like other men do to earn a living. Always wanting money for nothing.

For nothing??? Really??? This guy was denied his birthright as a Kenyan citizen and access to his family & properties in kenya! He’s right to sue them for failing to obey Court orders, no one is above the law! Put your ass in the same position and tell me if ok.

You can birth Miguna Miguna if it makes you and him feel better. A sue happy idiot ain’t my style of man. You too can sue your mother for the same amount Miguna Miguna is asking. Useless men surely do exist these days.

Oh, you finally cleaned your ape face you baboon?

blind to see that is an old picture of him that has been circulating for years? 🤔

Why would any one keep up with Miguna Miguna’s old pictures unless you @gg is homo? Does any one really cares what picture of Miguna is displayed here. You probably do care because Miguna Miguna is your significant other.

Do I give a damn about this nugu’s photo like you do? Shenzi wewe Kuku.

This idiot is still alive? Shithead!

Who gave you money to get a hair cut and shave fool? You now look alright a damn guy in self exile! Someone moved into your house in Runda. I think it’s Havi!

Miguna is not telling us how many of his many lawsuits have been thrown out by Canadian judges. There is only one lawsuit he has won; a temporary stay from residential eviction due to hardships caused by the pandemic.

This is entirely new information. Please tell me he is not a renter at his age, or was this due to a massive decline in his income leading to an inability to cover his mortgage while at the same time he was gallivanting across Europe staying in swanky hotels and flying business class? 🤔

Miguna Miguna is a renter since he wastes all the money traveling to destinations unknown out of whims. Does Miguna Miguna look intelligent to any body?

I would like to expose him more but I am concerned he will sue me.

Miguna Miguna has wasted his youth with several frivolous lawsuits to a point he is now broke. He lacks general wisdom to organize himself.