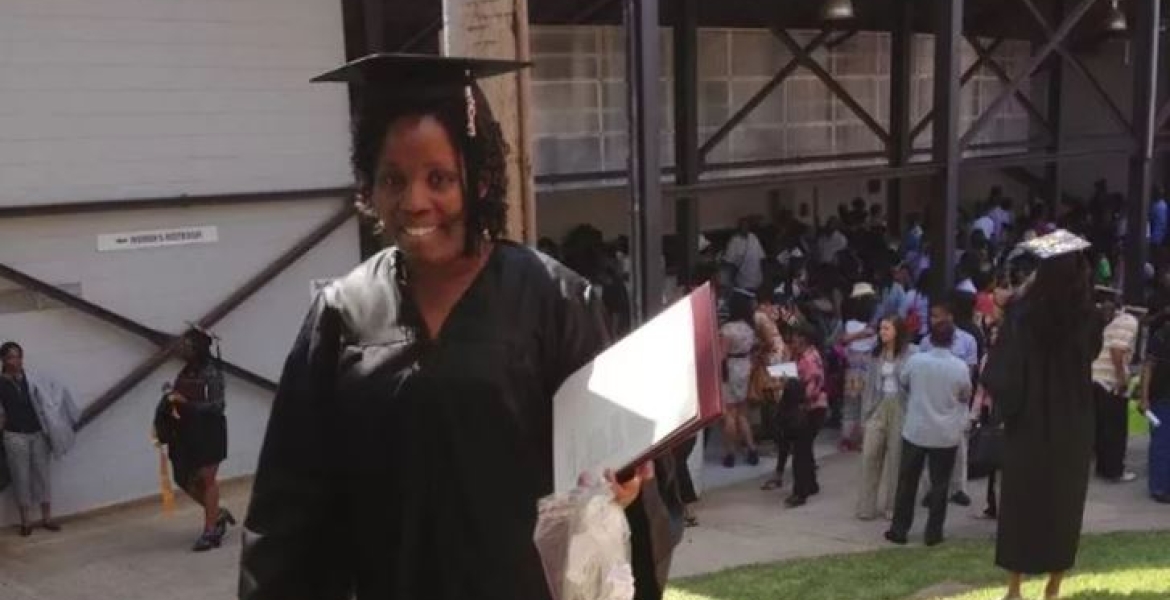 A Kenyan family in the US state of North Carolina is mourning the death of their kin, who was killed at her place of work on Tuesday afternoon.

June Onkundi, a mental health nurse practitioner, was stabbed to death by a patient at the Freedom House Recovery Center in Durham, WRAL News reported. Radio reports indicate she was stabbed in her own office.

Her family told WRAL News that Onkundi had worked at the facility, which provides treatment for people struggling with mental health or addiction issues, for about three months before she met her death.

Onkundi, who leaves behind a husband and four children under the age of 16, moved to the US from Kenya at age 19 and worked as a nurse for years.

"June was a loving mother. A devoted wife. A hardworking individual, who had a passion for taking care of the under-served population, which is mental health," her brother-in-law Andrew Nyabwari said.

"She felt it was actually her calling. It was informed both by her faith and background in serving this doubly under-served community," another relative Onditi Nunda said.

Onkundi’s family is seeking answers as to why there was no protection in place, especially given the suspect has a history of attacking women.

"He is somebody with a very extensive criminal history. Why was he out? I feel like the system let us down. The system let June down," says Nyabwari.

Nunda said: "How did this happen? Because you would expect that there is workplace safety. These are things that need to be addressed. We need answers."

The family is calling for more protection for nurses on – a call echoed by the North Carolina Nurses Association.

"June died from circumstances that could have been avoided. One, by the system that let him out with that extensive violent history," says Nyabwari.

Family and friends have put up a GoFundMe (https://gofund.me/bf249a5c) to help cover the cost of Onkundi’s funeral.

I would assume there is police presence in such a facility. I would at a hospital which has its own police unit. Yaani police in every corner.

What a tragedy!! My heart goes out to her family; very painful and indeed this could have been avoided if all legal and safety measures had been implemented.

May God grant those afflict with grace, mercy -‘d peace! 🙏🏾🙏🏾

I once worked in a pharmacy in a mental hospital, in Illinois. Many patients/clients were outpatient, but hanged around all day. Came by bus. The pharmacy was reinforced with grill windows, but still one day, a beefy 24 year old went slamming the structure because he thought I had tried to change his medication (added something to poison him), it was a long 30 minutes before security came. The clients would study my daily actions; where am parked, color of my car, what time I arrived and left, lunch break…eeeish! I left the job oooh!

Condolences to the bereaved. Since I left manoki, there's no turning back. May peace lead anyone choosing where to work. No peace then don't work there.

And USA is telling Americans not visit Kenya because of insecurity?
Maxiley, I know you're a numbers person, please run one on how many murders happen in the USA on a daily base. State by state, if you don't mind.

Its shocking@ comrade Kora Kanini. I will just give you the simple answer after cranking some numbers. 45 people are murdered every day in USA,on average. Of course, that number may as well bee 500 in aday. When afamily member is murdered, that's the only figure that counts and its astronomical. Places like Chicago, Newyork, LA, bear the brunt. Wow! that's a lot of human life lost. This somber news calls for me to pop a can of heineken to calm down.

Comrade Maxiley,
Thanks for the numbers hopefully folks are reading this. Enjoy your cold one. I understand it's Sunday but I'm doing the same.

So called Kora kanini and maxilley are you related mentally to the killer James Gomes?.. what has your response got to do with the story ?.. are you really imbibing alcohol or are high on crack?.. please next time engage your brains before you put your mouth into gear.