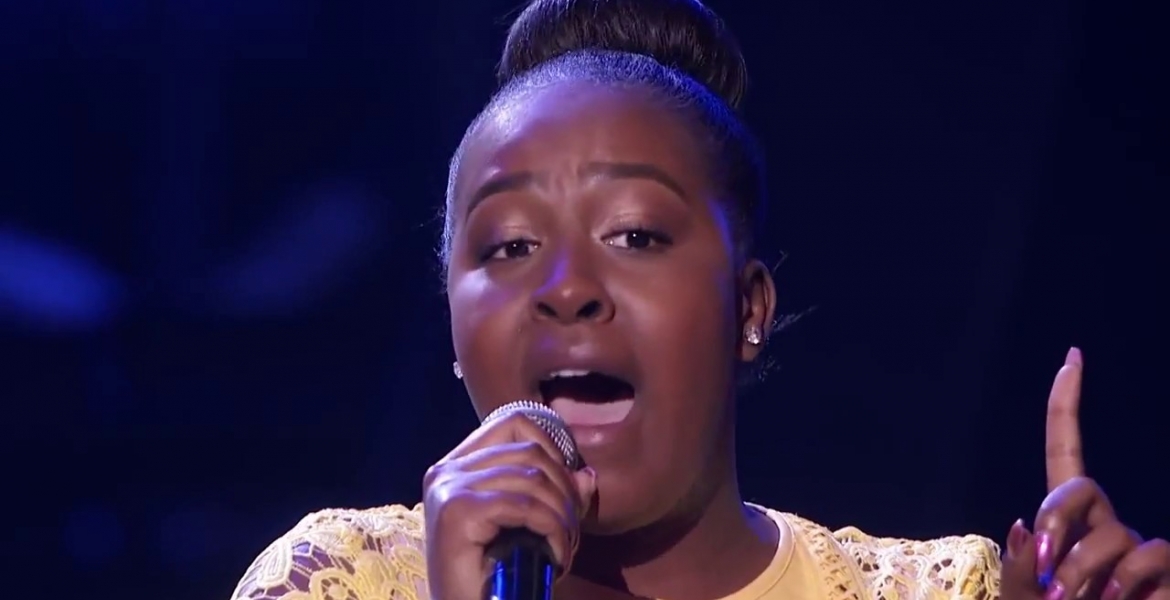 A 16-year-old Kenyan girl living in England received a standing ovation from the audience after her elated performance during the live recording of ‘Showtime At The Apollo’.

Sarah Ikumu, daughter of Kenyan immigrants in the United Kingdom performed the gospel song 'Glory' at the show hosted by comedian Steve Harvey, getting a standing ovation from the audience.

The one-hour weekly show is known for its role in launching the careers of various music legends, including Michael Jackson.

Sarah’s debut in the big stage was on ‘Britain’s Got Talent’, where she impressed; proceeding all the way to the semi-finals. She finished 7th in the overall performance.

Sarah has a wonderful voice and can sing. I know Her music career will flourish.

Your kind must be from a different solar system to argue the way you do. The solar system that is probably 3 billion years behind in evolution... that's where your brains (if any), are.

Her voice is only deep on that song. When she talks her voice is not deep. She sounds like a regular female.

Wow Sarah! What a beautiful voice and performance!

Waooh what a talented daughter of the soil,go girl u really nailed it.Sky is the limit.

Wow wow wow Aretha in the making. I had goose bumps listening to Sarah, you have a beautiful future ahead of you Young girl.. at 15 this is such a talent.. happy for you and your family

a job well done am happy for you, your set to go higher and higher congrats.