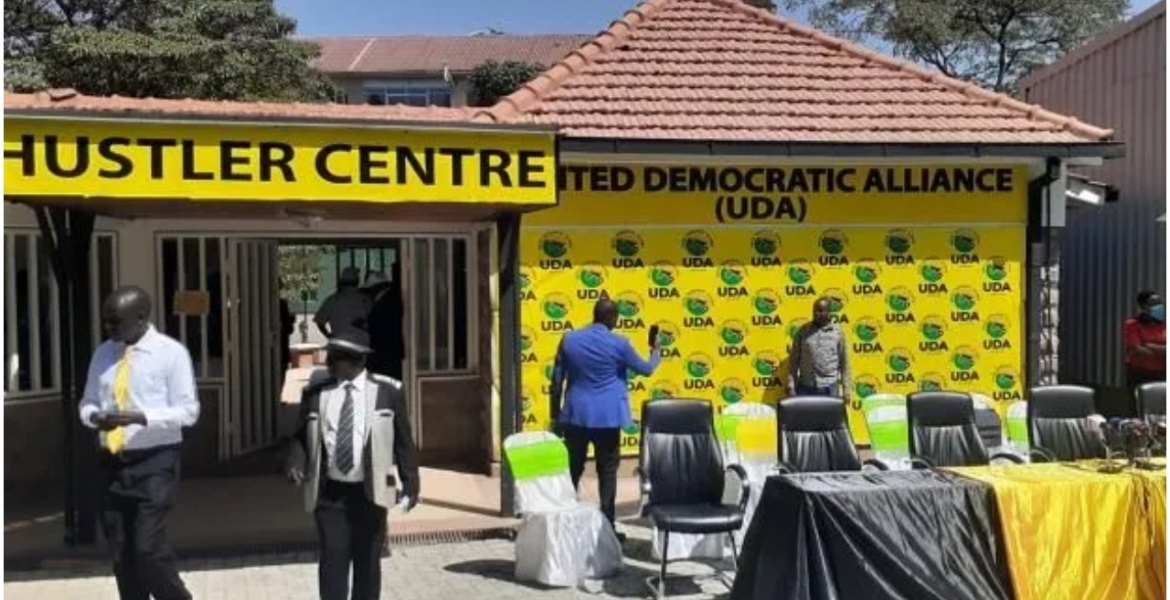 United Democratic Alliance (UDA) party continues to reach out to Kenyans in the diaspora ahead of the 2022 general election.

On July 24th, UDA secretary-general Veronica Maina and Soy MP Caleb Kositany will be in Georgia to preside over the launch of the UDA Atlanta Chapter. The event will take place at 1885 Roswell St Smyrna, GA 30080, and all UDA supporters in Atlanta are invited.

The launching ceremony was graced by Murang’a Senator Irungu Kang’ata and attended by many Kenyans both physically and virtually.

Ruto, who attended the event via video conferencing, pledged to support Kenyans living and working abroad if he is elected president next year. He promised to establish a ministry that will exclusively deal with issues affecting Kenyans in the diaspora.

"We believe that the diaspora should also participate in the politics of our nation. There is no reason why the diaspora does not have representation in government," said Ruto.

He added: "...a clear ministry that strictly works on matters to do with the Kenyan community in diaspora. You should have an opportunity to contribute. There is no taxation with no representation."

The launch of the offices is part of Ruto’s strategy to widen his networks and reach out to diaspora voters ahead of next year’s general election.

The offices are expected to coordinate party activities, including registration of diaspora members and mobilization of campaign resources in the US.

Ruto has formally announced he will run for the presidency in 2022 on a UDA party ticket.

@Imara, you just aired my thoughts exactly! I have been in kenya since Dec doing a project, I have crisscrossed the country and i hate to be a bearer of bad news; at this time Rutoh is unstoppable! He’s the most liked candidate right now and the only front runner. I am in Meru as we speak and he’s sure to get above 95% votes; reason? They hate Uhuru so much so such that they will vote against the grain just to prove a point! Kenyans are cursed! They could care less about manifesto, economic/ development policies, leadership skills etc! I am no longer shocked at this point! Sad but true.

@gg! I am also cruising around but I have not thrown the towel yet! I don’t think what you see in counties will amount to anything in the elections for the presidency! The only concern I have is that those talking hustler crap are the most illiterate lot and have given up on life because they are lazy. They are being deceived with little kids by certain politicians who are looking out for their future in politics - job seekers! I have traveled widely too but I’m getting a whole different understanding on the ground! All I care about now is my hard earned investments here! But honestly, none of the current crop of politicians - including Ruto, really cares about Kenya. The country has turned into a man eat man society where you can’t trust any body! It is everyone for himself and God for us all! I will be leaving soon though but I have had my share of fun!

My opinion is that we need somebody who is ready to clean house by enforcing the laws that we have in the constitution, somebody that will eliminate corruption, expedite land issues, encourage foreign investments to cleat jobs for our youth. We also need someone that will ease the burden of starting businesses for the local investors, lastly but not the least, we need to be more involved with our own rescue, we have to be honest and hold ourselves accountable, to our employer, be it government or private sector.

It is a political gimmick that will make many cry sad tears in the end. All I can say now is that no matter which way it goes, I have a second home to enjoy my freedom. Is it saddening to see Kenyans consumes themselves with Ruto? Yes indeed, but I will be laughing so hard when the same people are subjected to sufferings! Literally