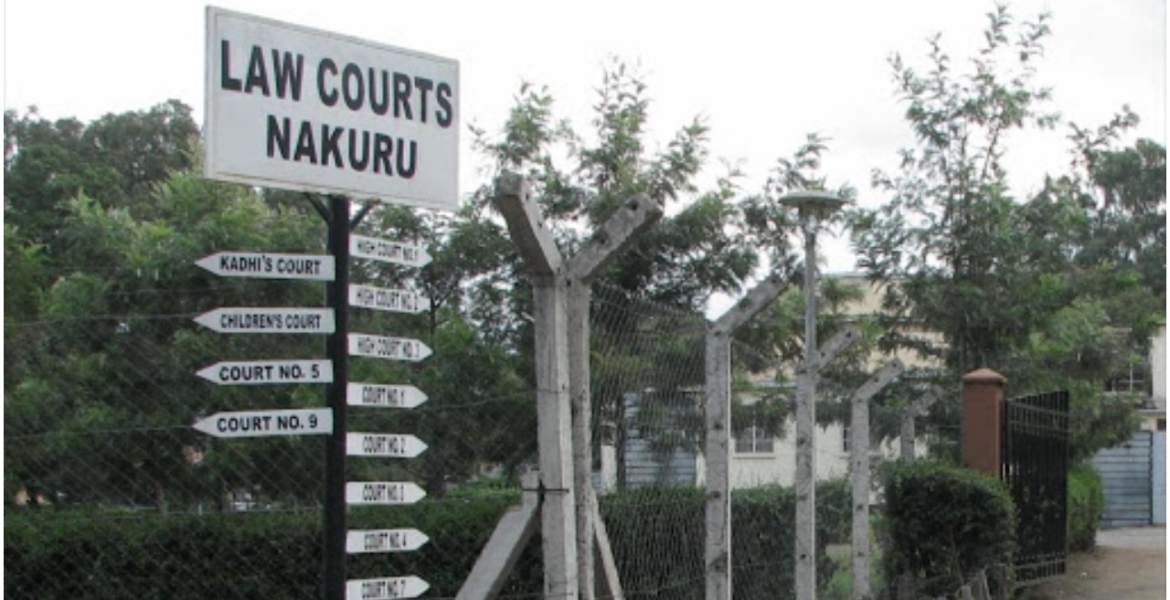 A divorced Kenyan couple is embroiled in a bitter court battle over the custody of their two children.

While the father wants the two minors aged 14 and 8 to remain in Kenya, their mother prefers to take them to the US, where she believes they will have better life opportunities.

Having been born in the US, the two kids hold both Kenyan and US citizenship.

Court documents indicate that the two legally divorced in 2010 while still living in the US, with an Alabama court that dissolved the marriage giving custody of their firstborn child, who was four years old, to the mother.

Two years after their divorce, the couple had their second child while still in the US, before the man decided to move back to Kenya. The woman then followed him and they reunited, but the couple disagreed again and decided to break up, with the woman choosing to return to the US.

A standoff emerged when the woman demanded to relocate to the US with the two kids, prompting the man to move to court.

He told the court that the children are already enrolled in schools in Kenya and relocation would disrupt their learning. On her part, the woman argued that the children will have better opportunities in the US.

Pronouncing himself on the matter, Principal Magistrate Benjamin Limo of Nakuru law courts granted interim custody to the father, but the mother appealed the decision at the High Court on September 23rd.

On Tuesday, Justice Joel Ngugi established that the best interests of the children were not considered before custody was granted to the father and referred the matter back to the magistrate's court for retrial.

“The case is remanded back to the trial court for a rehearing of the substantive suit on a priority basis. In any event, trial to begin within the next seven days,” ruled Justice Ngugi.

Wooosh! It is complicated!!

Children belong to the STATE. Women are custodians. Men enable a custody full of love as they engage in MANLY tasks.
It is the responsibility of the State to maintain welfare checks.
Sow your seeds and move on, let the weak woman do the harvesting...

doing what is best for the child

Divorce gone ugly. This is a tough one.

Court ordered counseling could help because these two are rather confused and the kids are right in the middle of the shenanigans. They should be ordered to 30 grueling sessions though this would result in a third child.

The quality of life for the children is determined by the stability of the family (man/woman)! With the current squabbles between two consenting, the kids will be destabilized when the adults in the house keep fighting over nonsense!

Why would any man have another kid with a woman he has already divorced? These folks are just silly!

Oh my, the children! I feel for them as they are innocent in this whole thing.

I hope Halisi has information on how/why American makamburu murderers killed marathoner,Agnes Tirop in Iten,195 miles from Misri,Limuru today.I also hope he explain how a confessed American child rapist/killer known as Milimu escaped from Jogoo Rd police cells,26 miles from Misri,Limuru today.Then give any information on when American makamburu Railas license to kill Laikipians will expire.Does MKenya know his president,Uhuru has invited Biden & Gutierrez to attend the victims’ burial?

Take it easy on weed @morris menye. You smoke too much of it and your comments in this mwakilishi forum are usually childishly confusing and full of sh*t!

Wrong forum.
We have serious issue here with a man who is avoiding child support but you try to derail conversation.

This is horrible for everyone involved, but one parent will be awarded custody and the other one will be left butter 😔 it sucks to be those parents!

This has nothing to do with the welfare of children. The fight between the parents is purely, PAYBACK TIME.
Let's look at each scenario..
If the father gets them, children support FROM USA and vice versa.
But now, both children are American citizens, so eventually, the children will return to USA.
The father has a very weak argument.
But seriously, they had tried to make this marriage work based on the fact that they had divorced and got second born.
Both parties need to end their hard stands and do what's best for their children.
Good luck to both of them.

A second divorce? I think it is better to just reconcile and be the husband and wife they wanted at the beginning.

Reunited and it feels so good….not. The reunion was short lived. I’d keep the children in Kenya and once they finish high school, send them to America for higher education. The upside to this situation is once the kids are 18 then they can chose where to live. Divorce is poop and it sucks when children are involved. Question is why were these two making baby number while divorced. And why follow the man back to Kenya?

Somewhat of an easy solution: The mother takes them to the US, and she pays for them to be with their father during summer holidays (that's 3 months a year). It kind of sounds like a court in the very beginning had already given the mom full custody of the first child at some point - I wonder why joint custody was not awarded? Then the dude went to Kenya leaving the kids in the U.S. so clearly he didn't care about those kids or he was just evading paying child support - he sounds like a petty person.

Yes, there may be more opportunities in USA,but for now,you parents should be more concerned with bringing up there children in an environment that will inculcate probity, discipline,hard works, respect,and good morals.So that when they grow up where ever, they are grounded well enough to take advantages of opportunities available where ever.With poor survival tools,it does not matter whether they grow up in Kenya or America,they will not be well equipped.Of course that does not guarantee success in life,but gives your children a good foundation to navigate through rocky parts of life.
I am sure despite divorced, these are loving parents who wish the very best for their children,and each believes that their position is well suited for the kids.Drawing for personal experience,and interacting with africans/Kenyans I have concluded that discipline wise,its better to have kids raise in Kenya as per @ KK 's position.With children's interest paramount,let's here the wisdom of the courts.

Well young children thrive well with their mothers.. thats a no brainer bearing in mind that this man will obviously remarry and now the kids will be raised by their other mother while their biological mother is alive and able..and wants to raise her kids...

on the man part fighting this custody.. me think there is an ulterior motive to fight the mother over custody..or bare malice.

It takes sober adults to reach an agreement with time for the well being of their children and agree on what is best than fight over useless fight..
Again...not sure about this dual citizen thing...now the USA cant even step in because these kids are also guarded by the kenyan laws being that they are dual citizens...oh well

@ Tarino,your last paragraph is interesting. I ask alawyer about it,and she said that, the foreign judgement has to be domesticated in USA first. Meaning the USA courts have to recognized the judgement,and also make it"fit" in the laws,and jurisprudence of USA legal system.And yes its complicated.

Nope Maxiley US is gonna sit it out. They have NO JURISDICTION over this matter whatsoever as long as those kids remain on Kenyan soil. You gotta give it to the husband, he's a genius.

@Sema you are right,but my post comment was based on the assumption that they may be in the usa at some point and revive the case in usa courts.

Dude knows, once those kids come back to the US, it's over with.
The whole court system and life is geared toward extreme feminists and matriachy in the US. Child support etc
DONT DO IT..

Very easy case each parent gets one child end of story.

Children belong with their mother..some men are really hands on when it comes to single fatherhood but most would rather party and drink than read a bedtime story for their little ones..especially here in diaspora USA