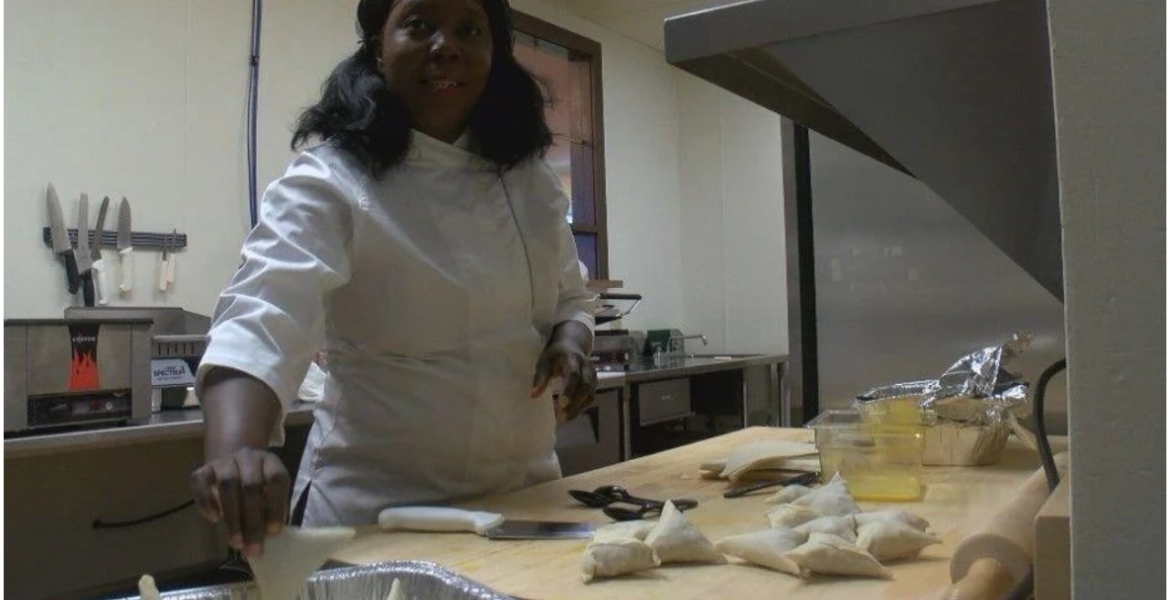 A Kenyan-born woman living in the United States could not hide her joy after finally fulfilling her dream of opening her own business.

On Monday, Priscah Norton opened a café christened "Coffee 4 All" in Stoughton, a city in Dane County, Wisconsin, in what she described as a dream come true.

"It's been a journey. Because I remember a voice which was always telling me 'you need to venture into business.'" Norton told WKOW 27 News.

Norton, who became an American citizen more than 15 years ago, says she found a perfect location for her café through the Facebook marketplace.

She opened the business as a tribute to her late husband Ray Norton, who passed away in December last year after a battle with a rare disease known as scleroderma.

"Though my husband's condition was so bad, the business spirit was in him. He did even some interviews last year for employees when he was laying in his bed," Norton added.

Even though her husband was not there to witness the opening of her new business, Norton believes he will be watching down on her as she begins the new journey.

"I did what nobody would have believed, nobody believed that I could make it. But I did it. Yes, I am sad, but I am excited that through my pain, through my struggles, Coffee 4 All was born," she added.

All the best Mummy 💝

Good luck madam. Just remember that 90% of small businesses fail. Let's hope you are with the 10%.

@skora this is inhumane you shoul be proud one of us is giving biz a shot or can it be you are a failure?

Congratulations!!! Wishing you the best and those samosas look nice!
Please remember to hold your hair up to avoid failing inspections in the future.

At least She's putting PPP Money to Legal use as Opposed to Some crazy Corrupt KENYANS using the PPP Money to Satify their In-Born GREED; Sins of their Forefathers; UNBRIDLEDLY Reaping where They did not Sow.

Msonobari: Mbona machungu kaka? Thousands of Americans did it too. Chill out bro and stop sweating the little stuff.

There is some bitterness directed to those trying that circles the diaspora Kenyans. I really do not know exactly what it is that make many Kenyans thinking negative all the time. @msonbari, do you always have to express negative sentiments on everything? Chill dude.

Good job and may you succeed beyond your wildest expectations.

Listen very carefully I worked in the food industry for 19 years .
1 .Don't Target Kenyans
2.Catering Catering Catering .
After all the years in the industry I have seen lots of restaurants shut but never nit even one Catering company. Take it from a Veteran.

All the best my sister. I know you will succeed and remember the returns can be poor the first few months. May the Almighty God lead you and fight your battles in the business world. I am proud of you sis.

We've to congratulate when our own are reaping the fruits of their hard labor.
CONGRATULATIONS Priscah.
GOOD LUCK and hopefully franchising or opening multiple cafes is your ultimate goal.
SKY IS THE LIMIT SISTER.

I applaud this lady for her bravery. Biz life is a dogs life. I've realized being in a "club" and knowing ppl matters. All the best.