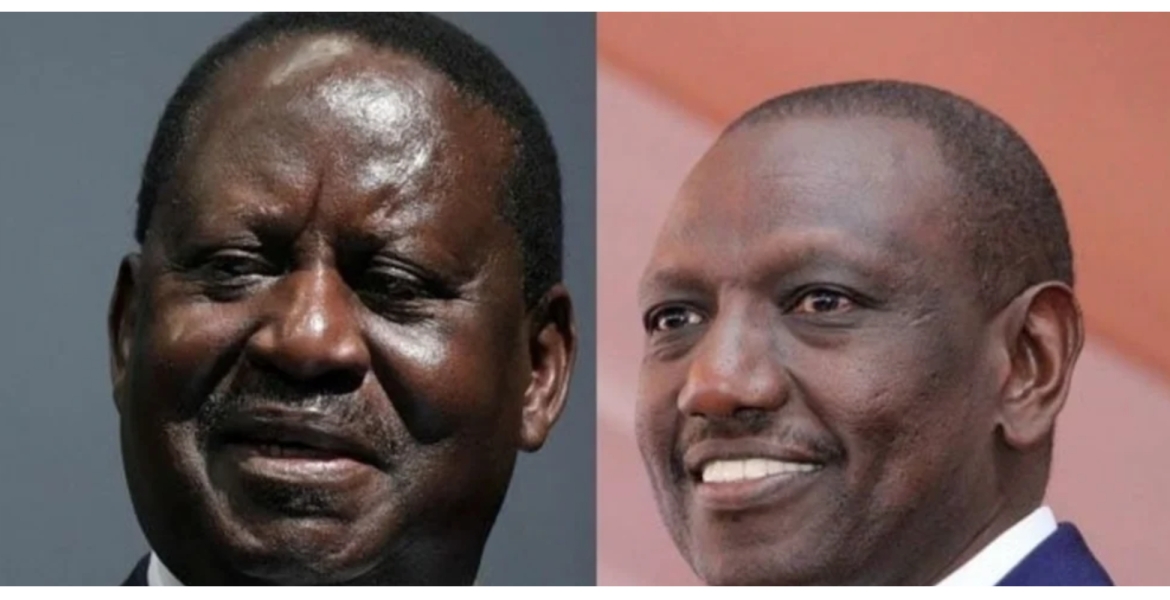 Azimio La Umoja-One Kenya coalition presidential candidate Raila Odinga has defeated his main rival William Ruto of UDA in all the 12 diaspora polling centres, according to provisional results from the IEBC.

In the US, there were three polling stations at Kenya Consulate in Los Angeles, Kenya Consulate in New York, and Kenya Embassy in Washington DC, with a total of 528 votes being casted. Raila got 393 votes (75 percent) and Ruto (132 votes).

In the UK, 581 voters participated in the presidential election at the Kenya High Commission in London with Raila receiving 64 percent of the votes (373) ahead of Ruto (198).

512 Kenyans cast their ballot in the United Arab Emirates (UAE) where there were two polling stations at the Kenya Embassy in Abu Dhabi, and Kenya Consulate in Dubai. Raila got 273 votes (53 percent) and Ruto (223).

In Germany where Kenyans voted at the Kenya Embassy in Berlin, Raila garnered 115 votes (51 percent) out of the 224 total votes cast while Ruto received 104 votes (46 percent).

In South Africa, 445 Kenyans cast their ballots at the Kenya Embassy in Pretoria with Raila receiving 320 votes (72 percent) ahead of Ruto, who garnered 121 (27 percent).

In Rwanda, Raila gained 150 votes, representing 62.7 percent of the total votes cast, Ruto came second with 81 votes. 97 Kenyans voted at the Kenya Embassy in Bujumbura, Burundi, where Raila got 75 votes and Ruto 21.

Hahahahaha, a total of 10k votes! Come on mwakilishi, you have nothing better to report?
Jinga sana.

Good for the sacrificing diaspora voters and for Raila. He is their president.

BS it is. Out right cooking where no fly could reach...

What happened to the LIVE presentation of how the votes are coming in or reported from the polling stations? This is causing doubts on the outcome of the elections. Winning all the Gikuyu votes is almost an automatic win for whoever gets them……It may not be going well for certain candidates and thats why the the reporting has stopped. I pray for peace in this country of ours.

ONE IS A KNOW DEVIL GIVEN ABSOLUTE POWER

THE OTHER DEVIL IS SOMETIMES WORSE BECAUSE UNDERSTAND LESS

99% CHURCH GOERS WILL SLAUGHTER JESUS AND REPENT WHEN NO MORE

KING OF CORRUPTION WILL NOTHING NEW ..

HOW DID GET THAT MUCH MONEY DITCH

INVESTIGATION NEEDED FOR KING OF CORRUPTION

Hehehe with how many millions of votes??We have sent this old mzee home to bondo straight Ruto 50.48% vs 48%.IGo to iebc portal n do your counting