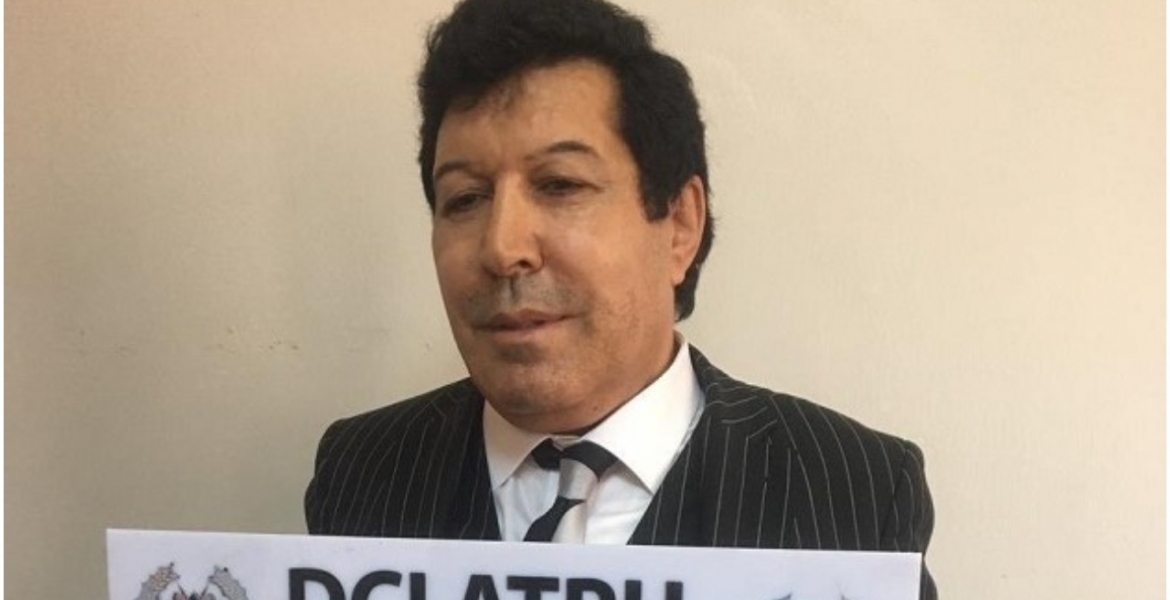 Aydin was removed from the country on Monday following his arrest on Saturday over allegations of funding terrorism activities.

The foreigner was part of Ruto’s entourage to Uganda before the deputy president was blocked by immigration officials from flying to the neighboring nation for a private visit over lack of clearance from President Kenyatta.

Aydin, who was allowed to travel to Uganda, was arrested and detained by anti-terror police upon landing at Wilson Airport in Nairobi on Saturday.

His lawyers led by Ahmednasir Abdullahi vowed to challenge his deportation, saying it was done in contravention of the law.

“How do you arrest someone from the street, say that he has financed terrorism, then as a government you don’t even have the guts to bring him to court so that you can see that process through? It shows how shameless this government is,” Ahmednasir told journalists in Nairobi.

“As his lawyers, we will challenge the process to deport him, because deportation is done according to certain procedures and laws. The government cannot just deport somebody just because they’re a friend to the deputy president, that’s not an offense. So we will challenge that and bring him back to this country, whether it is this year or next year or the other year, it doesn’t matter.”

Ahmednassir said Aydin has a legal working permit that expires in 2023.

It’s interesting that William Ruto is exposing everything rotten in the Jubilee government.

Very good news! Asante Matiangi. Kama amepatiwa kazi huko Uganda anakuja kufanya nini Kenya tena? These people with their lies seriously? We do not need more terrorists in Kenya, we have our very own to deal with.

Why are we always engaging foreigners as key drivers of politics in Kenya. Engage local experts and let foreigners drive politics in their own countries. He may not be a terrorist but he deserves to be deported.

Ruto is a terrorist…. Kiambaa Church massacre proves it. Wait till this terrorist gets presidency and turn on the same people who are now dying to vote him in.
Sad to say but current presidential candidates do not qualify to lead Kenyans. Ruto and Raila have hidden agendas. Wish Kenya could have someone like Mutua Kilonzo…. for president.

Nyukua might not know all these hyenas are the same.Does she know they share shs 2b.loot per day?She will scream if told what jambazi Mutua used to do in Middle East.All these elite thugs must be forcefully removed or eliminated for Kenya to change.I am happy that Ramaposha has started a revolution of it’s kind in Africa,I.e,enforcing the law.It can also be done in Kenya starting with kina miitu Uhuru,Kibaki,Wanjigi,Murathe etc as each will carry his own cross before muuaji Raila worshippers volunteer to sacrifice themselves for his freedom without success.RISASI TU.

Mike Pence was never disloyal to tRump. As crazy as 45 was, Pence stuck with his guy to the end. That’s what partnership is all about. Ruto is the type of guy who will sell his soul and country to become president. Kenya will be in a rude awakening if they elect this guy.

He should be deported. He was a known criminal masquerading as a businessman. Sorry, you can’t fool everyone The DP is wicked corrupt. All this trips to Uganda should have raised a red flag long time ago. The DP should be arrested right away for corruption. He is
a criminal running around with criminals. Thank you the Kenyan intelligence. This is a sinister gang involved in multi-billion shillings money laundering. The DP is deep in it.

Well I personally don't trust GOK but definitely there's something fishy with this guy.
We are told he's a business man but non in Kenya. He has Kenyan work permit but investing billions in UG. He doesn't have his own money but borrowing from the bank.
For someone to get 15 billion loan from a bank there must be a huge collateral.

I feel the same @Bmore. Kenyans are caught between a rock and a place, period. Ruto has a sobriety, a cunningness, an energy/hunger/greed of ?GROWTH?. an awoke nature that if turned to country and not self would mean something. With Raila you'll see more foreign takers ...Raila has low energy... he's tired...he stammers and has articulation issues... Africa is rising and we need protection from takers who leave us with nothing.

The good, sharp guys...the Kibakis, were and still are few.....always waiting for their turn...won't present unless pushed by the wave.

Hunger and some greed for the job is not bad.....Ruto has it, he has the energy, he is bright, he can be decisive, flexible and yet NOT a PUSHOVER. Who will tell him to tone it down a notch......saw his pockets...na akue mpole tu kiasi. To me WSR is most well rounded guy in the field....

Jambazi Uhuru is campaigning for jambazi Ruto but muuaji Raila and his worshippers have no clue.How can Uhuru deport a terrorist instead of taking him to court or even “EXPORTING” him to the “BIG BROTHER”,Biden as has been with previous cases?Siasa mavi haisaidii muuaji Raila ata Kosovo.

I will wait for the facts. I've always supported the rights of immigrants (both legal and illegal) .

We are all pointing fingers, lakini is our government the same one that issued him with a working visa? Clearly, there is more to this than presented. We are the casualties of these politicians agenda. I don't trust them one bit. Cast back on past elections, especially the last one...all the matusi hurled to and from them at each other, the threat to form another government which was ended with one of their agent being deported in an inhumane way. We were then hoodwinked by a handshake between the opposition leaders. Sisi ndio wajinga...we should vote in a new generation, fresh with a new vision.

Kaka Imara, inaumeza sana...matajiri wazidi kutajirika na maskini jamani.... terrible. One of my favourite thing is to dig up you tube videos of how the cities of Kenya used to be past independence. Boy, Nairobi then could rival the Western cities. Kisha ingia hizo estates. Hakuna maendeleo hata kidogo ila erosion. Infrastructure.....I hate what these politicians have done to our country. We need to boot them out and vote in younger, forward thinking younger generation.