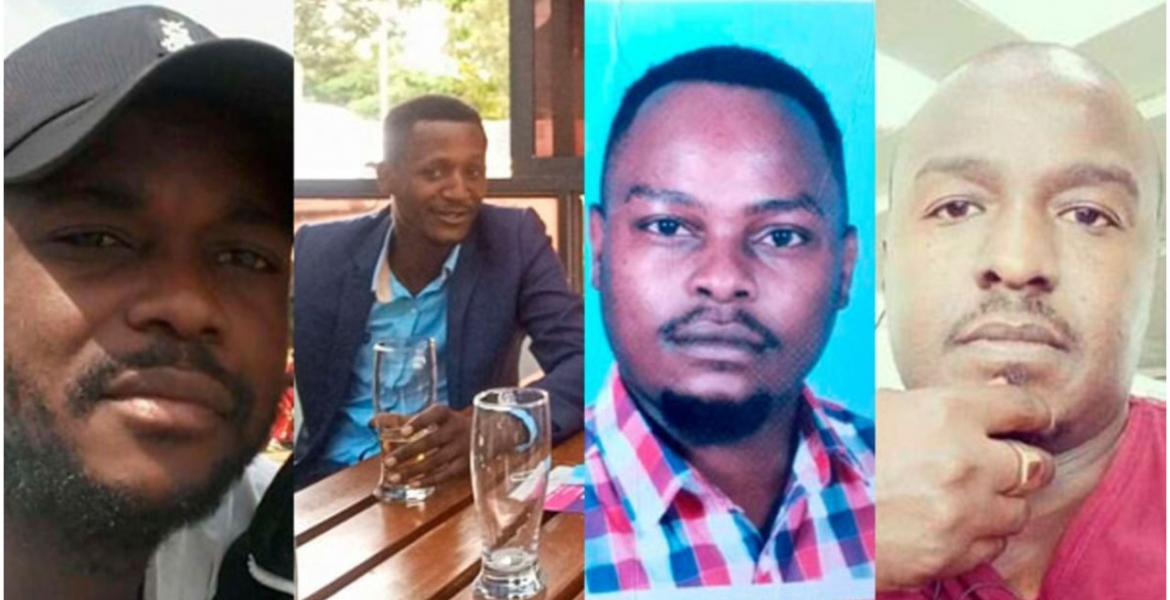 A special team of detectives from the Directorate of Criminal Investigations (DCI) has been tasked to probe the alleged abduction and murder of four men in Kitengela.

The four long-time friends were last seen at around 3.00 pm at Club Enkare in Kitengela, where they took roasted meat and some drinks.

Their car, a Toyota Mark X registration KCQ 715C, was found abandoned in a parking lot about 500 meters from the club and was towed to Kitengela police station.

Mutyambai, who spoke at Kiganjo Police Training College, said the team is expected to present a conclusive report of the probe within 30 days.

“This morning, I directed the DCI homicide team to investigate this matter in order to get to the bottom of it…The team has already begun its work,” he said.

The move comes after three bodies believed to be those of the missing men were discovered in Murang’a and Kiambu counties.

The body of Obuong was found in River Mukungai and was taken to Murang’a county morgue, where it was positively identified by the family on Thursday.

The second body believed to be that of Imbai was discovered in Kieni forest, Gatundu North, and was taken to Kago Road General Funeral Home, where it was also positively identified.

The third body believed to Onyango’s was found in River Mathioya in Murang’a by sand harvesters, and was taken to the county mortuary.

Onyago’s family has since disowned the body, which lacked upper limbs, saying it is not his.

They were killed by Kenyan police elimination and killing squad!The police perfected the extra-judicial killings from the colonial killers! The Kenyan police force was never sanitized from the evil empire..

Tell us more @hii. You seem to have been in on the killings. How did you know the police did it? You should questioned to shed more light in the situation!

Tasfili knows a lot about how the men died! Present your evidence to assist the police in the investigations!

I Totally agree with you.
We've commented over and over again about extrajudicial killings...but ...
UHURUS HANDS HAVE BLOOD ALL OVER...

They just love killing people like chicken and then harvest body parts to sell at the highest bidder to organ recipients. Pathetic country!

Waiting for the 4th body is my best bet in this case. If it turns out he is still Alive, he will have to Answer some Questions about the Disappearance of the other 3.

Sad as it is, it doesn’t add up: four men abducted in broad day light in Kenya ostensibly because of their lifestyles???
How many men would you need to abduct four men? And for what?