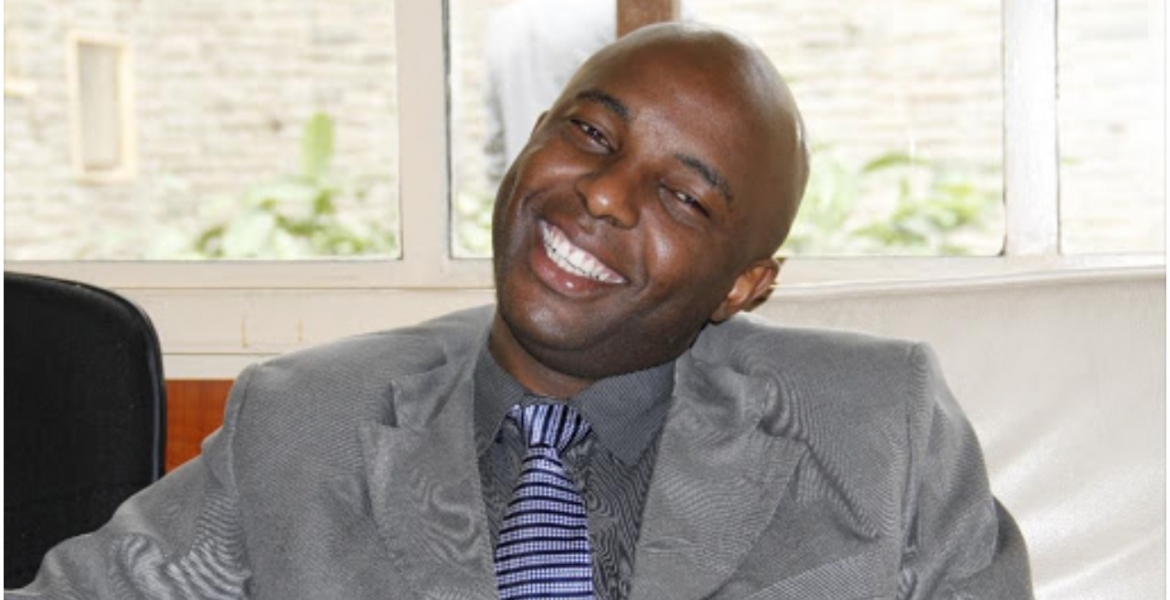 Murang’a Senator Irungu Kang’ata caused a stir in the Senate on Tuesday after logging into parliamentary proceedings from a bar contrary to House regulations.

Speaker Ken Lusaka was about to invite Senator Beatrice Kwamboka to speak when Kang’ata interrupted the session virtually seeking to make his remarks.

Senator Kang’ata could not be seen on the screen with the Speaker insisting that he must switch on his camera before reading his statement.

“We are not seeing you. We want to see you… put on your camera,” Speaker Lusaka said.

After fixing the camera, Kang’ata was now visible but the background showed he was in an entertainment joint.

There was a light moment after some of his colleagues were heard shouting that Kang’ata was at Sabina Joy, a nightclub in Nairobi CBD mainly known to be a brothel. Others said he was in a bar along Thika Road drinking.

Kang’ata tried to defend himself, insisting he was in his office but the Speaker declined to allow him to speak.

“No no no that is not an office Senator Kang’ata. I’m sorry we cannot allow that. The rules are very clear on where you can be,” said Speaker Lusaka.

This Senator fool of the damn tanga tanga is rd it s respecting the house calling from a stupid bar! What is wrong with this DP Ruto man? I have severally said before this man level of intelligence is way below par for him to be a senator! The voters of money should do a thorough soul searching because this kind of bluff is squarely on them!! He should resign immediately for lies to the Speaker! But tanga tanga folks are made of lies all through!

Charlie, this same guy was truly honorable when he was in jubilee. He was even elected as majority leader.

But the glory is gone now he is hanging out with a chicken thief and a murderer! Is that do has for you to figure out kale boy @transista?

You would be singing praises to him if he was still kissing Uhuru s ass. Thank him he woke up!

But he is kissing DP Ruto smelly ass! Is that a better mukuru for him to kiss and smell?

You get treated like a devil you are dinning with when you become an arrival of no commercial value! Kangata has never been of value to kenya!

Kweli people forget so quickly
Kang'ata from a humble background to a drunkard.

A man who cannot find political peace because every time he tries exercise it, he gets punished by the deep state.
Glad he found one.

The only major problem with you muthafaka @assista you have been taught to shovel over blame games by your idiotic master the DP Ruto! Surely you do have a little brain to think on your damn own. Don’t you lad boy? And your childishness is the total hallmark of why kalenjin are killing people in Laikipia as of now! You have done many times before and this time we will teach you a lasting f lesson.

He is not only a drunkard, he is a drug addict! It is clearly evident the guy has be taking drugs. That is who Muranga people are because voters cast their vote for the losing look alike who does things like them…

Foreigner(Charlie) cannot criticise Kang’ata or his voters.Magistrate Kang’ata knows very well that the so-called senate was re-created through the poop 2010 katiba by mistake.The expensive senate duplicates national parliament’s functions.It should be scrapped.Addressing it from a bar is okey as nothing for Kenyans was being deliberated.Most off the men in attendance were there for sexual satisfaction from 99% of nominated women senators/MPs.

This Senator is just trying to be a wannabie! Actually that is the best Ruto’s agents can offer plus civil wars in Laikipia and Kiambaa in Germany Eldoret!

You just have to forgive kangata for being plainly ignorant and incapable to deliver to his muranga people!

And of course voters always elect those who reflect their hopeless lifestyle but then end up blaming Uhuru while he is working.Kangata is crueless at best!

Kangata has too much free stolen money from Ruto and so drinking busaa at karuma Ido is the best he can do! Here is your damn future governor muranga folks! What a freaking shame!! Stupidity of the highest order!!

This man is lost in the wawaland of DP Ruto! He is really stupor drunk and clueless! The Wamala type Senators Kenyans rush to vote for without an idea what the man ca do to improve and better their livelihood! Am shocked about his stupid behavior!? Hell NO!!

Huyu Senator wetu anakunyua madawa ya kulevia like opium, warijuana, cocaine, meth, etc! Just look at his eyes and face? No sane Senator will call from a bar to the parliament!

No wonder he is jumping like a sick dog from ciama cia nguku - uda, Kiama kia GUI, Kiama kia funda, Kiama kia nyau, Mara back to Jubilee, Kiama kia Hiti, Kiama kia Ciabu, etc! He is very confused and all over the place!

This one tutafuta kazi in 2022! Ruto has bewitched him and now he is acting like a toddler in diapers!

Kangata must go! He is finito!!

Kangata called from a bathroom in DP Ruto’s house where both of them were getting high and drinking Changaa! He needs to be fired! The man can’t even finish a sentence in kikuyu vernacular! He is so dum! He must have rigged the last election in 2017!

That’s the UDA Ruto lot. Drunkards and lazy time wasters. He’s drinking money given to him to buy wheelbarrows for our youth. Kangata is the best representation of what Ruto government would look like.

The uda tanga tanga idiots are all drunkard and on high meth! Ruto is always on cocaine and some other dope! This is exactly how matokonomics-down looks like! Never mess with your enemy when he is busy destroying himself! This fool must go!

Who voted this Kangata drunkard? I guess he hails from that part of Muranga where they drink until they go blind in a broad day light! This is a major problem with all politicians! Kangata is just one amount among so many who act foolish every single day!

What's up lately with these waheshimiwas and alcohol? It was just the other day a certain Mt. Kenya mheshimiwa got drunk and ended up supposedly in the wrong woman's bed. "Bwana Mututho, okoa hawa watu".

Mike, did you say Ndindi cleans Ruto's ass? I suppose he is supporting his boss' bottoms down approach.

@kibe - ndindi Nyoro is another chiwawa dummy dog who licks Ruto’s ass column with his dirty tongue! The stupid guy is so full of himself to a point of no return!

He has been poisoned by Ruto so damn bad he is now confused like Kangata! He said Ruto’s itina-mimics theory was cooked up by Wahome when he was making love to her. She said matako matako, and finally she shouted itina, and Ndindi shouted itina-mimics! That is how bottom-down was born!

Did you know Alice Wahome of Kandara is ndindi 1st wife? I don’t know how these two dummies got into that smelly union!

This is a confused molecule suffering from easy ‘free’ Ruto money syndrome and a pregnant jigger full of shi*et!! What a wasted brain. Yes, hell yea, drink your mofo behind to death for all I care!! Fry them livers fool!!

Wasted brain? This son of a bitch got not damn brains! Just look at his damn eyes turning to the back of small head!

The ass hole @kangata is an insult to all the lowly political class in Kenya! A classic representation of little brains leading a pack of damn voters who don’t know any better!?

I hope MWAKILISHI will publish the correct story as the bar one was fake.Same on those barking UDA,Ruto,mala Kang’ata hivi na UMAVI wote.But if I were Kang’ata I would visit MODERN GREEN or SABINA JOY or MAJENGO and address the useless senate from there.Those traders are also Kenyans.

If people like Brother Kang'ata can be elected into the parliament, then the political mantra of "democracy" is finally dead. Let's burry democracy and come up with a better philosophical construct that can save humanity.

The whole world witnessed what happened on January 06, 2021 in Washington, DC when the previous president used to accept that he lost the election.

I am sorry. I meant to write, " The whole world witnessed what happened on January 06, 2021 in Washington, DC when the previous president REFUSED to accept that he lost the election."

What’s your point here? We are in Africa and not the Trump country! You should be saying that Ruto will not accept defeat come august 2022 because he madly want to be president! He will try to burn the whole country down along with himself.