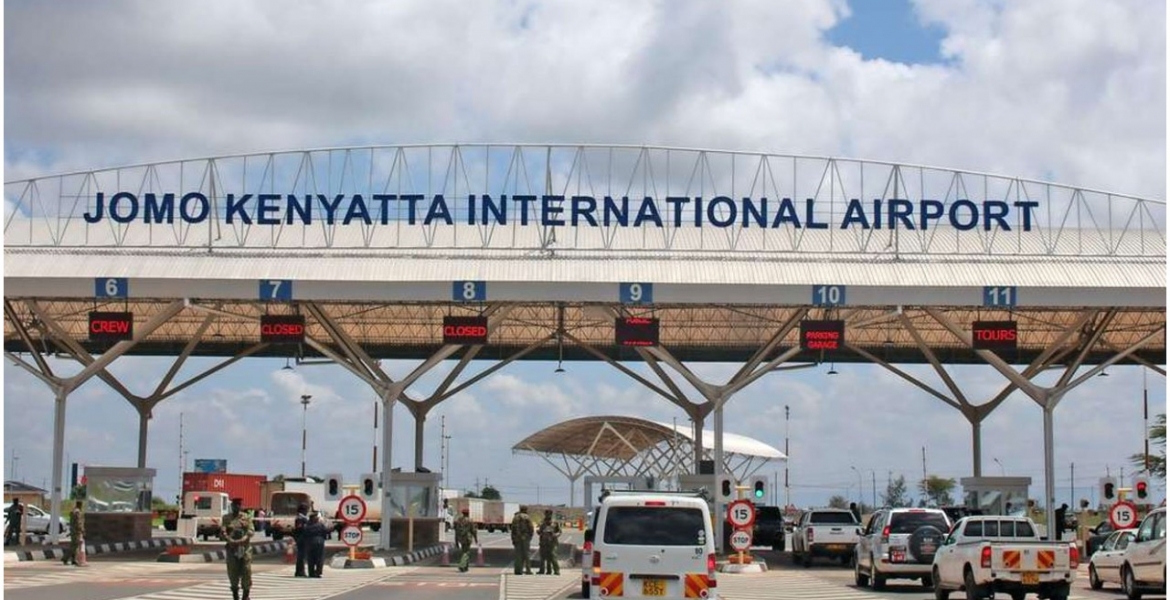 The two largest airports in the country were feted by the Airports Council International (ACI) for their exemplary customer service.

JKIA bagged the Best Airport by Size and Region award for the category of African airports handling between five and 15 million passengers annually.

On the other hand, Moi International Airport scooped the Best Airport by Size and Region in the category of African airports handling below 2 million passengers per year.

The survey captures passengers’ experience at all airport passenger contact points at more than 300 airports around the world.

I know some diaspora Kenyans are going to post negative comments about customer service practices at JKIA and also KQ personnel but my advice to them is this; kaeni huko wachaneni na sisi.

You should rebuild your self esteem issue instead of worrying of an airport. Let y'alls taxes fix any issues.Why do you always come through with bitterness and arrogance?

It's great and commendable that there is good progres. Its unfortunate you feel that way, which is not even in your place to do so...Demanding for an excellent service is great for everyone.

@Bobby Kibe we aren't the ones you should worry about. It's those on Yelp or Google. You know ignoring the problem doesn't make it go away right? Since you brought it up though, what is the purpose of getting out of the car and how many security checks are necessary and do they know what they are looking for? Every airport has its issues but some are self imposed. Control what you can control.

I have to agree that JKIA has met international standards in appearance .Service is alittle wanting though..but much better than yesteryears when security would unashamedly demand bribe.Infact some of you might remember complaints after complaints about service,and corruption at JKIA.I will never forget this image of a mzungu who was ordered to open his suitcase.The security guys took the goodies they wanted from it and ordered him to process. I will never forget that bewildered,and confused look on his face...Looks like we are heading in the right direction. B+ is my score.

When are those airport going to be renamed as those names are UGLY?

@Maxiley..corruption is still ripe. Just before lockdown, I was a victim when one of the ladies working there ordered I open my suitcase. My partner breezed by although his was heaving with weight! She took pleasure in digging her dirty paws in my things and anything with a label was an invasion of tax! Boy! I was furious as I explained those items were presents for my mom, etc...she gave me so much grief. Eventually, I told her she can keep the items. When she realised I was serious, she wagged her finger at me and said I could proceed, lakini next time utakipata, she said. Not the first time, mind you. She clearly wanted a kitu kidogo. Looks, I agree they are up there, lakini the systems within...mmh..

@ Sukari, sorry for what you went through. Undoubtedly,corruption is still there.But in my opinion,at the airport at least, its not as rampant as ten years ago.Honestly, it was horrible.Sorry to admit, I had to give something to free my suit case.I still feel violated for doing that.That was ten years. Last year I was In Kenya,and things were pretty smooth coming in. Going, I had some problem at the service counter.That's why I said service needs some work. All in all, we can agree,that things are not to the USA level, if I can use USA airport services as a measure.We have some ways to go...

I hope that experience did not turn" sukari" in to "sour". Not sure how to translate that in to Swahili.Can you bail me out Ndugu I mara Daima...?

Of course these airports are the best in Africa compared against themselves.

@ penny mbili, ha, ha, ha! Ati "compared to themselves".. nimecheka asubuhi. Before anyone comes for me for previous post..I meant, "evasion of tax, not invasion" although some could argue an invasion of tax is an issue!

It’s commonsense remove all the labels?otherwise b ready to pay taxes.Have exact or little below on the weight issues.Any electronics more than 1 laptop 1 camera expect questions??Yes they can b corrupt but avoid corrupting them by doing the right thing?If they tell u to open the bag Open it” as long as you know u don’t have suspicious.Why worry?Dont compare kenya with usa.Usa is 200 years ahead of kenya which is only 55 years?But niggas will always talk negative of their own country.Bure sisi nyeuthi

What does 200 years have to do with corruption or common sense? Corruption came with the foreigners, we just ran with it and refuse to change. Are you saying we can't do better than wazungu ? If you are from Tigoni you know damn well we did not have kings and handed over power peacefully from generation to generation and hard work, not bribery and thievery, was how you became gītonga

Mkenya Halisi, if you know what to do, do you have to wait that long. years ago, China was listed as a third world country. Now look at where it is.
We do not have to re invent the wheel so to speak. In that case, we have a significant advantage. Our learning curve should be shrink greatly. Dont we have the same knowledge as the so called first world?Or access to it?

Mkenya Halisi, if you know what to do, do you have to wait that long.30 years ago, China was listed as a third world country. Now look at where it is.
We do not have to re invent the wheel so to speak. In that case, we have a significant advantage. Our learning curve should be shrink greatly. Dont we have the same knowledge as the so called first world?Or access to it?

@Mkenya halisi...I wish sometimes you can come out of your embittered, "came home against my wishes" attitude and engage with meaningful and objective debate. We are not ignorant that labels need to be removed especially by those importers with ill intent of tax evasion. Lakini, if like me, you have folks back home who delight in accepting a present with labels intact (as my mother is) you will appreciate the reason behind keeping the labels. Besides, we are talking about a few varying items, most in the same size. The woman had an agenda and even one of her colleague was giving her a dirty look, basically reading - let go! MK, being a snipper from the side must be so exhausting. Watu wa America walikukosea nini? Tell us baba.

@Sukari, rejection in any form is hard to take. Think how Donald Trump has reacted to bring rejected by more people than any other person in history. When a country tells you to GTFO and even pays to remove you, that's painful. Since he can't hit out at the US government, he lashes out at the next closest thing, it's perceived representatives - we the people. Unfortunately that leads to incoherent rants induced by rage and jealousy about chickens, eggs and Marti. This link always calms me down. Send it to him, it might help
https://youtu.be/1aoII8FIJj8

@Mundumugo...had to smile at your analysis. That said, go easy on the brother. I actually like him, for he is just a harmless snipper. He can throw shade as much as he takes it. I just like to check him from time to time and I am sure he would say the same of me. Ama vipi MK?