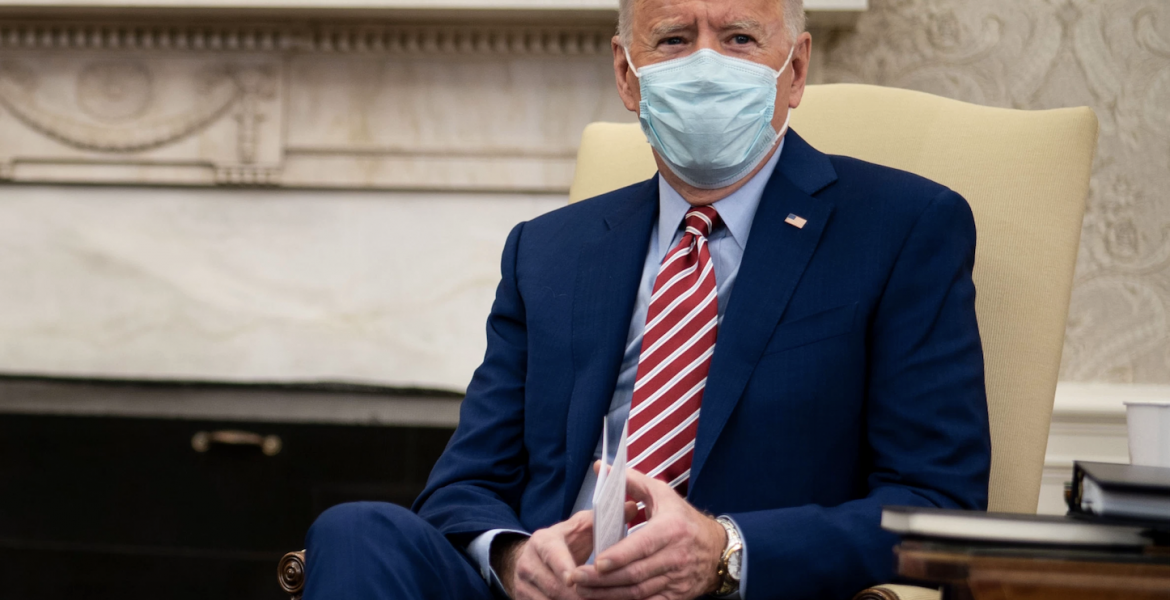 The Biden administration formally rolled out its major immigration bill Thursday, introducing legislation that would give 11 million people a path to U.S. citizenship.

The bill, which will be shepherded by Rep. Linda Sanchez (D-Calif.) and Sen. Bob Menendez (D-N.J.), represents President Biden’s chance to deliver major changes to a system where both parties see a need for reform but are sharply divided on how to deliver it.

White House officials called the bill a chance to “reset and restart conversations on immigration reform,” labeling the bill as Biden’s “vision of what it takes to fix the system.”

But even with a Democratic-led Congress, passing an immigration bill will be a heavy lift given that Senate Democrats would need to secure 10 GOP votes to pass the bill through the regular legislative process.

The bill would deliver on several of Biden’s campaign promises, including providing a path to citizenship for the young people brought to the U.S by their parents as children, known as Dreamers.

In addition to Dreamers, it would also allow immigrant farmworkers and those with Temporary Protected Status, who came to the U.S. as far back as the 1990s amid natural disasters and other unrest in their countries of origin, to quickly gain green cards. Undocumented individuals living in the U.S. would also be able to seek green cards after five years.

Each of the groups could seek citizenship three years after gaining their green card, creating a maximum eight-year path to citizenship.

But beyond creating a pathway for those already in the U.S., the bill makes efforts to ease immigration timelines abroad, increasing numerous types of visa caps while seeking to reduce wait times for those who may currently wait as long as 20 years to join family in the U.S.

It also changes the term alien in law to noncitizen to “better reflect the President's values on immigration.”

Immigration has already led to roadblocks for Biden after some Republicans stalled his nominee to lead the Department of Homeland Security in protest of the president’s plan to pause construction of the border wall.

And Republicans on the House Homeland Security Committee have slammed a number of Biden’s immigration executive orders, with ranking member John Katko (R-N.Y.) calling it a “catch and release program” that will lead to an unimaginable surge on the border.

If the bill passes, it would be the first major immigration bill approved by Congress since 1996, when lawmakers voted to create the enforcement and deportation system largely still in use today.

Rather than trade amnesty for some immigrants for an increase in enforcement as was often done in prior legislative attempts, Biden’s U.S. Citizenship Act of 2021 largely focuses on expanding immigration and looking to address root cases of migration.

“The law is already there. There is no need for added enforcement mechanisms,” a senior White House official said on a call with reporters.

Perhaps most significantly, it would increase visa options on the family-based side of the immigration system, increasing the country caps that limit how many people can come to the U.S. from each country while also reopening roughly 200,000 unused visa slots from years past.

The bill also lifts the three- and 10-year bars that restrict people from reentering the U.S. if they’ve overstayed their visa.

“This is not a fundamental restructuring of the immigration system. It doesn’t change the categories in place or create new categories,” said Jorge Loweree, policy director with the American Immigration Council.

Instead, it focuses on clearing the immigration backlog through raising various limits and excluding partners and children from the count when the primary family member applies for a visa, he said. LGBTQ partners would also be eligible for visas under the bill.

“The fact that the legal immigration system is so backed up and it’s so difficult to come here lawfully is a big factor in why we have so many people here illegally today,” Loweree said.

The bill also ups the number from diversity visas from 55,000 to 80,000, a substantial increase that will boost the number of immigrants from nations that otherwise have low levels of immigration to America.

The bill also triples the number of visas available to those who have been the victim of certain crimes including domestic violence, upping the number from 10,000 to 30,000. Employment-based visas also jump under the legislation from 140,000 to 170,000.

The bill comes after Biden rolled out a number of other major immigration measures, striking down former President Trump’s so-called Muslim ban, ending the emergency authorization for construction of the border wall, and implementing a new asylum process to replace Trump’s remain in Mexico policy. He’s also sought to increase the refugee cap to 125,000 after Trump cut it to a historic low of 15,000.

The bill includes funding to back up some of Biden’s executive orders, setting aside $4 billion in aid for Guatemala, El Salvador and Honduras to address the root causes of migration while also setting aside funding for U.S. Citizenship and Immigration Services to help clear the backlog of asylum cases.

But the legislation could face substantial pushback from Republicans, who have already been highly critical of Biden’s early moves on immigration.

White House officials refused to say whether Biden would consider attempting to pass the bill through the reconciliation process, which allows fiscal legislation to pass with a simple majority.

“We're open to a conversation with anyone about this but we think this is a much more comprehensive way to deal with this issue than just simply, you know, a wall,” one White House official said.

Everyone who enters America should become a citizen, except a thug like Morris Menye who is a public charge and a mwakilishi hate peddler

Boluro, just because you have US citizenship, doesn't mean others should not get it. Let them be