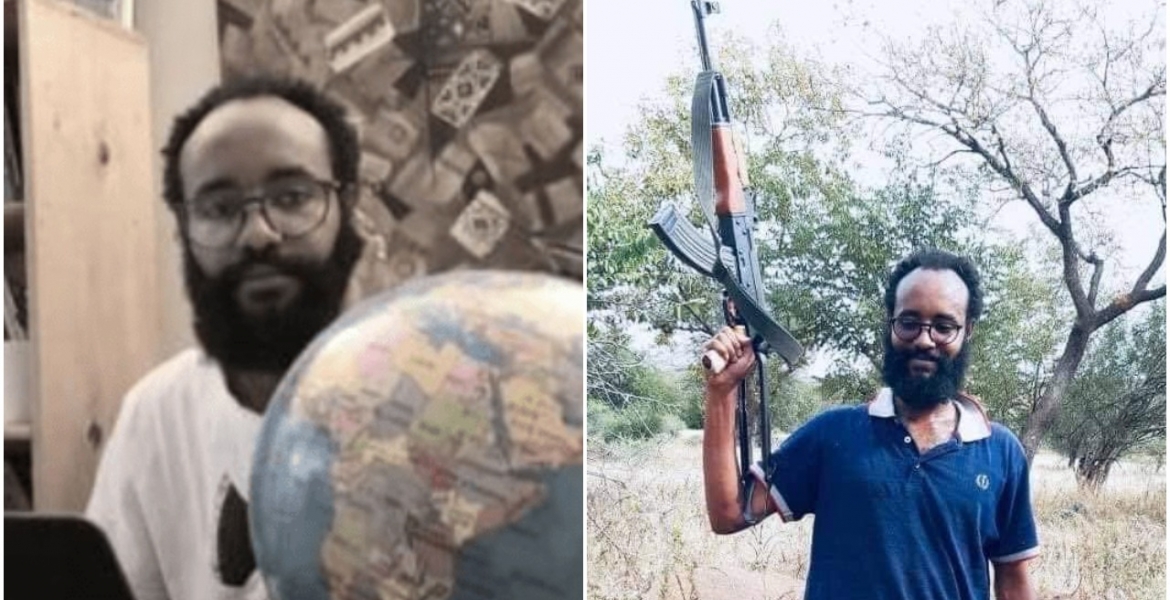 A Nairobi-based BBC journalist has quit his job and joined the militia in Ethiopia’s Tigray region.

Desta Gebremedhin Asefa served as a reporter at BBC’s Tigrinya before resigning and joining the armed struggle in the war-torn region.

In a memo on Friday, BBC said Asefa was no longer their employee and warned other members of staff against contacting him.

“This is to inform you that BBC Tigrinya’s Desta Gebremedhin Asefa has left the BBC with immediate effect. We advise that Desta should not be contacted or used in any BBC programmes,” the memo addressed to BBC employees read.

Asefa’s wife Weyni Abraha also confirmed the move, saying she is proud of her husband as he has not been at peace since war broke out in Tigray.

She said Asefa decided to leave the newsroom for the battlefield after traveling to Sudan to cover the Tigrayan refugees.

Tigrayan defense forces are fighting against the Ethiopian National Defense Force, which has partnered with troops from neighboring Eritrea and other militias within Ethiopia.

The war was created an immense humanitarian crisis, with about 2 million people being displaced from their homes while thousands others have fled to neighboring Sudan.

BBC might not have people on the ground to get the facts. The short summary in the video at the link below is a good summary. Please put out factual reports only, and do not allow reporters to sully BBC's reputation by putting out misleading articles.

Watch "What went Wrong in Tigray?" on YouTube
https://youtu.be/3_WLqs0pu68

Sometimes armed conflicts are the only way out of misery. I don't blame him. He has a reason as to why and I won't judge him.
Africa is the only continent that the only way to remove tyrants, DICTATORS, dynasties etc. Is through the GUN...
BALLOTS DON'T WORK.

You take up the guns and go destroying your damn country like other rogues have done in Africa, East Europe and Central and SouthAmerica!

You are just talking trash from a huge deep hole well knowing you are just a coward that would not fight for anything! Now Mali is under the army and people are suffering. Is that the way you want Kenya to go as you use the barrel of the weapon to control people? Shame on you idiot!

Walusi, who's the coward, you or I?
How much will the masses suffer?
JOMO kenyatta started corruption.
Moi perfected it...Trained UHURU, RUTO and GOONS.
JARAMOGI was part and parcel of the grand scheme.
How can you justify squatters in their own country?
How can you justify the magnitude of corruption in Kenya?
Most likely, you're just a silver spoon feed idiot, knowing that your family is part of the corrupt ELITE.

One more thing...
If MAU MAU DIDN'T PICK THE PANGAS AND HOME MADE GUNS OR ALL OF THE AFRICA CONTINENT DIDN'T PICK AN ARMED STRUGGLE,
WE WOULD STILL BE UNDER THE COLONIAL RULE.
SO WACHA UJINGA.

Conflict erupted in the Tigray region six months ago after TPLF terriorist group attacked Ethiopian defense force bases .BBC get the facts straight , it wrong to endorse wrong information and blaming the Ethiopian government for starting the war.TPLF looted ,killed ,raped and destroyed our nation during its last 30 years of it's autocratic rule

So in November 2020, TPLF attacks federal military camps and kills soldiers, no problem? The problem is only when the military responds and the TPLF cries foul!