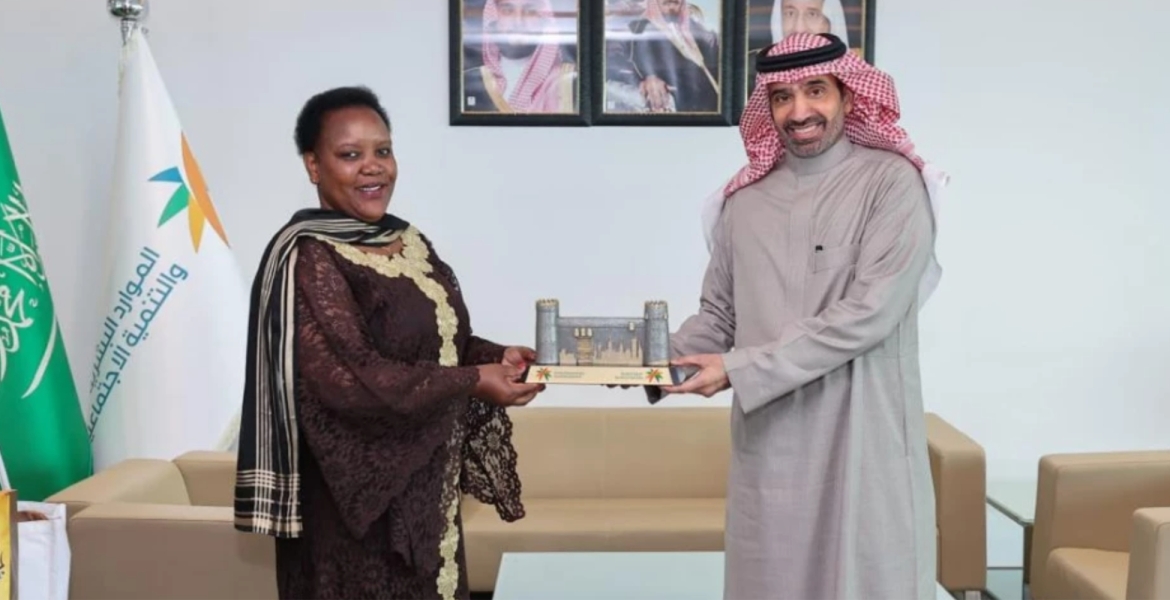 Labor and Social Protection Cabinet Secretary Florence Bore is currently on a visit to Saudi Arabia in a bid to address the challenges facing Kenyan migrant workers.

On the first day of her labor migration mission in the Gulf state, Bore and her delegation met with Coordination Council for Recruitment Companies (CCRC).

During the meeting, several issues affecting Kenyan migrant workers in the Middle East nation were raised, including concerns about some Saudi Arabia agencies operating in Kenya using proxies, inadequate response to distress cases, contract substitution by some employers and agencies, and confiscation of travel documents by some agencies.

Kenya has already negotiated four bilateral labor agreements with the Kingdom of Saudi Arabia, which is a key destination for Kenyan migrant workers.

In 2022 alone, more than 80,000 Kenyan domestic workers were able to secure employment in the Gulf state.

Their talks centered on existing opportunities for strengthening labor migration systems between the two countries, including understanding the labor migration policy and legal context in Saudi Arabia.

The cabinet secretary also visited the Embassy of the Philippines in Saudi Arabia, which is among the leaders in sending migrant workers there. Other countries see the Philippines as a model for regulating migration.

Bore said she is in the process of streamlining the labor migration in order to create more secure jobs.

Saudi Arabia emerged as the fastest-growing source of diaspora remittances to Kenya. Data from the Central Bank of Kenya (CBK) shows that cash flows from Kenyans living and working in Saudi Arabia have more than doubled in the past two years.

Last year, the Kenyan government announced plans to establish safe houses as part of its efforts to safeguard Kenyan migrant workers in the Middle East.

Former Labor CS Simon Chelugui said the government had set aside Sh70 million to build safe houses in Saudi Arabia where cases of torture and death of Kenyan workers have been rampant.

Good luck with changing the Arab world's perception of Africans.

That picture does not highlight the seriousness of the topic of mistreatment and questionable deaths of Kenyans in the Arab world.If looks are anthing to go by, that lady Florence Bore does not cut the stature of a resolute firm.and commanding figure.I hope the delegate has some Simbas who can roar and tremble these Arabs into looking at mwafrica with respect.

Simon, trying to end any form of violence in the world is something completely unattainable. You simply cannot stop how people think!
Now, what man can do is try to work on ways to mitigate the aftermath of the same. For example, here in the United States we have shelters for battered women referred to as Women's Shelters. Battered women, if lucky to escape from their abuser, eventually get directed to one of these very beautiful homes, where they begin their healing process. Some get better and continue on living independently after the 90 or so days, while sadly enough some get bored and eventually escape to return to their abuser(s).
Their concept of building these shelters, will not stop the abuse however, they will definitely save many, many lives. These battered women, if fortunate enough to escape, will now have a "safe heaven" to ran to.

They say, "the road to hell is paved with good intentions".

They lock them up and deny them food, put them to work for over 16 hours a day, beat them and abuse them in all manner of ways....mistreat them to death.. The girls do not even have strength to RUN....leave along escape the monitoring put in place. FIRST things FIRST --- working conditions. WORKING CONDITIONS will be made clear to every GIRL and the EMPLOYER. Period.