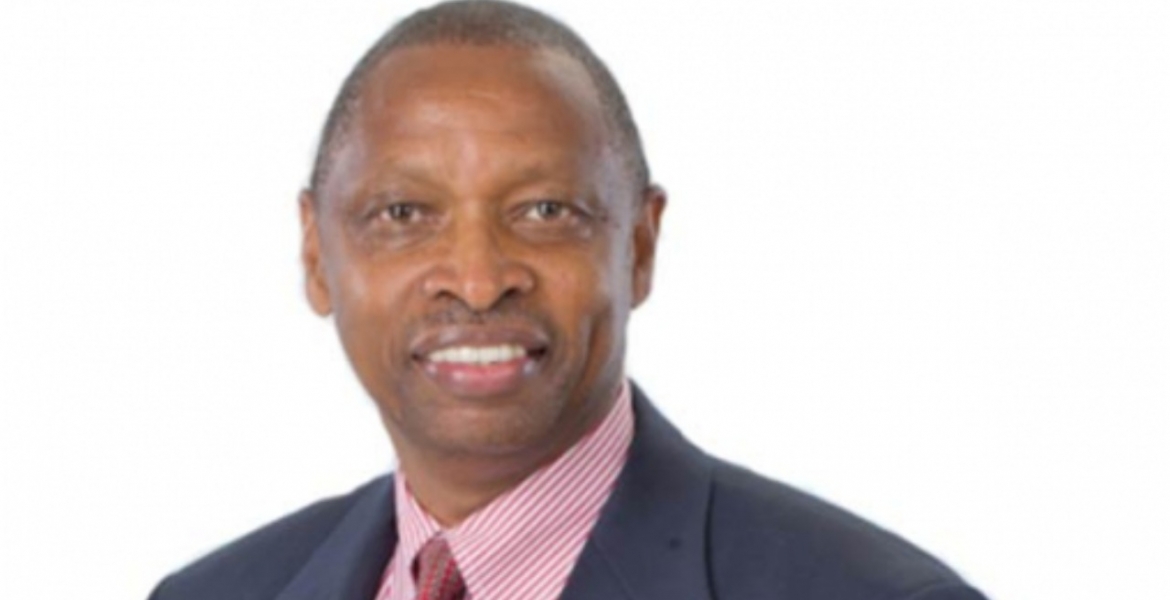 Renowned Kenyan scientist Dr. George Njoroge has been feted in the US for his role in the development of two crucial drugs.

Njoroge is the recipient of this year’s Outstanding Alumnus Award in Chemistry by Case Western Reserve University in Cleveland, Ohio.

“It is my honor to notify you that we have selected you as our outstanding alumnus of chemistry based on your remarkable career achievements,” reads an invitation letter from the institution.

Njoroge, who returned to the country in late 2019 after working in the US for over three decades, currently serves as the chief scientific adviser at Kenyatta University Teaching, Referral, and Research Hospital.

He worked as a senior research fellow at Lilly and Company in the US but resigned in December 2019 and returned to Kenya, where he plans to set up a mega drugs manufacturing plant.

Dubbed the Centre of Africa’s Life Sciences (COALS), the facility will stand on a 400-acre parcel of land in Naivasha, Nakuru County, and has a starting capital of Sh20 billion.

Njoroge, a father of two, said the project is expected to create 10,000 employment opportunities.

The facility will boast features such as hospitality, convention and leadership center, innovation village and botanical gardens, drug manufacturing plant, university of life science, college of pharmacy, and a cancer research and management center.

The researcher is credited for the discovery of the anti-HCV viral drug Victrelis (Boceprevir or SCH 503034), a therapy for Hepatitis C treatment.

The drug was approved by the Food and Drug Administration (FDA) on May 13th, 2011 as the first-in-class therapy for Hepatitis C treatment.

Njoroge, 67, also spearheaded the discovery of the second-generation HCV protease inhibitor Narlaprevir®, and anti-cancer drug Sarasar, approved on November 24, 2020, as Zokinvy for the treatment of progeria

In 2012, Njoroge was inducted into “Hall of Fame” as a Hero of Chemistry by the American Chemical Society (ACS).

He has more than 100 US-granted patents for his work in cancer and immunology and 130 publications in peer-reviewed journals. He became the first African scientist to be granted over 100 patents by the US parenting agency.

Njoroge was born in Kiambu and holds an undergraduate degree from the University of Nairobi and a Ph.D. in organic chemistry from Case Western Reserve University.

His daughter Joyce Nyaucha is a cardiologist fellow at the University of California while his son Jesse Kimani is a pharmacist in Virginia.

I commend Dr. Njoroge for returning to Kenya with a wealth of knowledge to share,and also create an opportunity of 10,000 jobs. This is the way forward for Africa. We cannot just consume,especially products that are imported.
I hope that Dr. Njoroge will inspire,and motivate like minded diaspora to follow suite. To do that,we hope the government will facilitate his projects.And not let him be frustrated with this culture ya KITU KIDOGO.I have head rumours that, that's what discouraged the Nigerian billionaire ,Alito Dangote from building avast cement company in Kenya...
Anyway, I wish the Dr. All the success,and support from Kenyans.For we are the beneficiary.

Stop your jealousy @seneca. You would have applauded had Dr Njoroge been a jaluo! You won’t even see the importance of the medical work the Dr is doing to create drugs that work to help those affected. I just have to feel sorry for your ignorance and luo stupidity. No wonder we can never get a long with your funky tribe made if the ugliest women in the world! Shame on you ugly fool!

The “stoooooriii” will be repeated several time for the world to know and appreciate the work of Dr Njoroge! Your warped mind set really brings the ugly luoness out of your thick small head! That all I got to say about your toddler comment here!

Making all of us proud. Wonderful achievements

Congratulations 👏🏾 Sir for the achievement.
Now Kenya needs Covid-19 Vaccine like yesterday.Get on it.

Good luck. Hope he manages to achieve his pharma dream in kiambere land, before the fisis come sniffing.

Please run for president. We need men like you in leadership.

Not everyone that is good in their field will make a president. Just like freedom fighters aka Mau Mau couldn't. I ain't saying muthamaki was the best but he sure had the anointing for leadership except greediness and tribalism. Mugabe, Kiir, Museveni, Nkrumah, and other fighters failed presidency despite excellence in the freedom fight. Only Kagame made right adjustments.

Politicians are deceptive and rouge at best. Dr Njoroge produces good result! He does not need to steal from Kenyans through ugly politics! He is giving back to Kenya and the world.

Just compare Ruto and this performing man! Ruto is stealing from people while Njoroge is giving to the people! The Dr is perfectly doing the right things to the world community!

Everyone has anointing in their field. If he was meant for politics he would have pursued it. Let a man do what he's good at. Just like Steve jobs Mike zuckerberg Elin musk ronaldo messi Jordan LeBron etc. They are flying in their fields as per God's gifts. Donald Trump and George weah tried